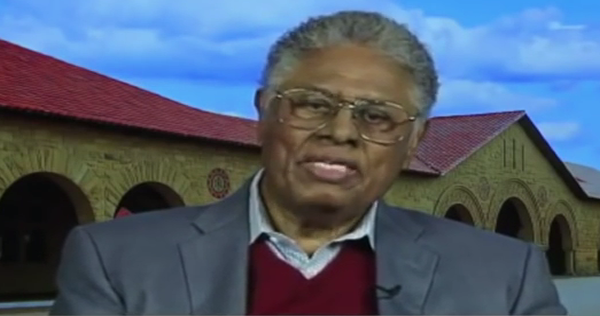 An intellectual giant, economist and author in the conservative movement has made public his endorsement for president.

Sowell noted and identified the passing of Justice Antonin Scalia as another key event that clarifies the huge stakes involved in choosing the next president of the United States of America.

Scalia’s sudden and untimely passing amplifies the fact that several judges are of advanced enough age that the next president may very likely have the opportunity to nominate several successors and have significant influence on the future of America.

Against the backdrop of overwhelming numbers of Americans expressing that the America they grew up in is nearly unrecognizable, and record numbers renouncing their American citizenship, the 2016 election, despite its frivolous rhetoric, childish antics and circus-like atmosphere, will be an election with grave consequences.

Sowell states that even though the current frontrunner, Donald Trump, is ahead in current polls, that in no way should be interpreted to mean he’d be electable in the general election in the fall. Trump carries a majority among Republicans that are still split among several other candidates in the field.

Conversely, in the general election a candidate generally must win a majority in a given state in order to win the state’s Electoral votes.

Singling out the lead candidate in the Republican race, the billionaire Donald Trump, Sowell asks, “If, by some miracle, Trump became president, what kind of president would he be? Do we need another self-centered know-it-all in the White House to replace the one we have now?”

In concluding his remarks, Sowell notes, “But we can only make our choices among those actually available, and Senator Cruz is the one who comes to mind when depth and steadfastness come to mind.”