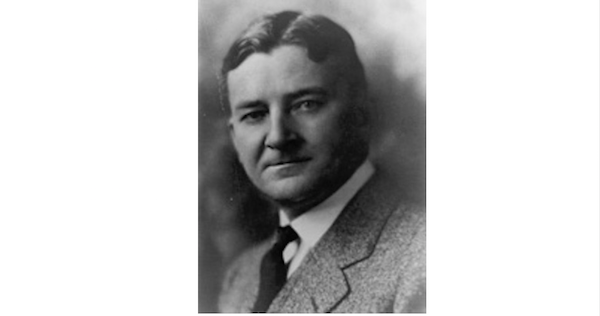 Saturday marks the 83rd anniversary of the passage of the Blaine Act, which initiated the repeal of Prohibition in the United States. It makes for a fitting time to recognize that our government is not the appropriate arbiter of morals, no matter how agreed upon those morals may be.

Prohibition came to pass as a result of the crusading Women’s Christian Temperance Union and others who sought to cure society’s ills, not through appealing to the better angels of its nature, but through the long arm of the law, and, as a result, largely failed. It was part of a larger movement by Progressives to end all sort of “abuses” like gambling and drug abuse. It’s no wonder that the Progressives movement of today seeks to combat their pre-conceived societal ills in much the same fashion, be they the internal combustion engine, guns, or 32 oz. sodas.

But surely, you protest, we cannot devolve into anarchy, letting everyone do as they please, no law to live by, only subtle persuasion. No, we cannot. Anarchy, like totalitarianism has been proven not to work everywhere it has been tried. So where do we draw the line between which morals to enforce with force and which to enforce with appeal. The answer, as is usually the case, rests in the first lines of our Declaration of Independence, which decree that we are endowed by our Creator with certain unalienable Rights, among them life, liberty and the pursuit of happiness (also known as estate or property, if the Lockean origins of the Declaration are to be believed).

This means that my rights to do whatever I want end where the tips of my fingers touch the tip of your nose or whatever the tips of your fingers have created. So murder then, clearly, is an act which government has the duty to prevent. So, too, is theft, rape, and slavery. But drinking? Hardly, but I understand the motivations of the temperance movement and, to an extent, agree with them. Here we were in the footloose and fancy free teens. Men were gallivanting around, prone to the ills of the bottle, and leaving their wives and children to fend for themselves. This is not the basis of a good society.

So, just as today’s Progressives blame murder not on the man who pulls the trigger but on the trigger itself, Progressives of that era blamed broken families on and broken vows on broken bottles of gin. It’s much easier that way, actually, for guns and gin can’t fight back and become easy targets for our wrath. But this approach doesn’t solve the problem. Just as murders continue to be committed by people who don’t legally have access to guns, public drunkenness and truant fathers continued to happen long after the 18th Amendment was passed.

The correct means of curbing society’s ills, then, is to appeal to the better angels of our nature. Let’s take seat belt laws. They are in place because seat belts prevent injury. This is proven. Yet a small percentage of folks refuse to comply with the law. And this is, or at least should be, their right. After all, if they go through the windshield they’re only hurting themselves. (Yes, if they don’t have insurance we’re all going to have to pay for their stupidity, but that’s a different argument for a different day.) And whether it’s seat belts, alcohol, or even murder, we need to realize that, no matter how many laws we pass, certain people will never comply.

And for those who don’t we have two options. We can, and should, ignore them when they seek to punish causal offenses, i.e., actions that are not harmful in and of themselves but can lead to actions that are. And we should punish the offenders severely when they break a law that actually does cause harm. Case in point would be drinking and driving. “What?! What?!” you say? “Surely drinking and driving should be a primary offense. Drunk drivers kill thousands of people per year!” Yes, but how many people successfully have a few pints down at the local pub and drive a few miles back home with nary a scratch?

Don’t get me wrong. I’m not advocating that people drink and drive because they “drive better when they’re drunk” or some of the other nonsense I’ve heard. I’m just saying that, logically, drunk driving is a secondary offense. If you actually do drive better when you’re drunk and can manage to get all the way home without causing an accident or swerving about enough to gain the attention of the police, congratulations, you win. Like they say, nothing’s illegal unless you get caught. Of course I say that in jest, yet there’s more truth to it than we like to admit.

So all this is to say that we, by all means, need to encourage and educate people to be safe, smart, and moral in their actions. Don’t drink and drive. Don’t go on a bender and gamble away next month’s mortgage or leave your wife and kids for Ashley Madison. But, more importantly for the purpose of this article, I don’t want government, which is already hard pressed to do the things we’ve asked it to do, to take on enforcing laws that it can’t enforce while walking ever closer toward that line of nanny-stateism (or father past it, as the case may be). After all, why the vast majority of us can agree on not drinking and driving, how many of us really agree on the morality of eating fois gras or driving a Ford F-350?

So let’s raise a toast to Mr. Blaine and thank him for allowing us to, once again, make our own decisions, at least in the part of America that doesn’t include a large part of Arkansas.

This article was originally posted on AmericanThinker.com.