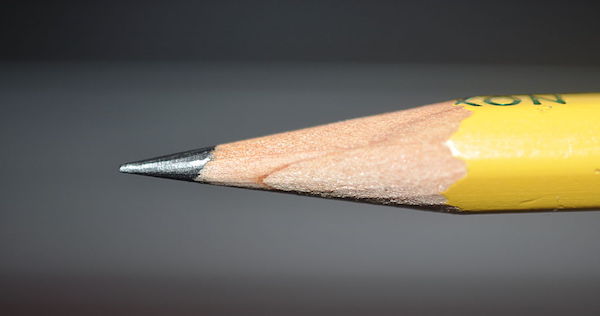 It seems that, of all things political, lobbying and campaign finance raises the biggest ire among “the American people.”  They point out that “if we could just get money out of politics,” problems of corruption and the new “golden rule” would largely vanish.  They might be right but the solution, in this case, is worse than the problem.

The U.S. Supreme Court rightly ruled in Buckley v. Valeo (1976) and later Citizens United (2010) that money is a form of political speech and thus protected by the First Amendment.  The case is even clearer with lobbying.

The main problem with lobbying is that most people clearly have no idea what it is.  They envision K Street folks dressed in $2000 Brooks Brothers suits pitching ideas that only benefit Wall Street over $200 lunches at Charlie Palmer Steak.  And certainly this happens and certainly it is a bit grotesque.  But what those beating the anti-lobbying drum the loudest always forget is that they themselves are lobbyists too.  Or at least they are anytime they send an email, make a phone call, or march on the Capital steps.

The widespread use of term lobbying dates back to the Grant Administration when Grant, oftentimes enjoying a cigar and brandy in the lobby of the Willard Hotel in Washington, D.C., would be approached by people asking him to push forward this or that policy and often “helping” him in the decision making process by buying him additional cigars and snifters of brandy.  It seems, in many ways, we haven’t evolved much from those days and that can be discouraging, that is, until one really begins to think about it.  Gaining access to our elected officials is easier than ever these days what with technology the way it is.  And it bears repeating; every time we send an email, we’re lobbying.  Sure, some will say that’s different than the paid lobbyist representing the “special interest” group or corporation. But it’s different only in orders of magnitude.

And these “special interest” groups wouldn’t even form if it wasn’t for the widespread interests of the people behind them.  Health care is a massive lobby, but only because most people in America are concerned by rising health care costs.  And while lobbying in some areas has certainly become a way to make money off the tax payer by taking advantage of loopholes, is it really the fault of the corporation?  If someone was handing out hundred dollar bills and you knew someone was going to get them, wouldn’t you stand in line, regardless of how those bills were acquired and especially if the person handing them out said it was all legit and not only your right but your duty to accept them?  It’s a game to be sure but these days, sadly, you either play the game or you get left behind.

So there’s a problem to be sure.  I assume those calling for the end to lobbying aren’t calling for the end of all citizen interaction with their legislators so I’ll give them that.  But if that’s the case, where do we draw the line?  The problem with creating more and more rules is that they almost always create more and more loopholes.  Do we say no one is allowed to be paid for their lobbying efforts?  Well then, only the truly rich would be able to lobby for even a group of working mother’s getting together to encourage lawmakers to strengthen drunken driving laws would be at a loss.  They could send emails, sure, and many of them do.  But if they wanted to devote their full time to it, or even just one person’s full time to it, they’d have to start raising money.  Everyone’s got to eat after all.

And, truly, the biggest reason lobbying has become such a massive industry is because of the massiveness of government.  Up until the federal government went after Microsoft with an anti-trust lawsuit, Microsoft didn’t have a government affairs division and spent little, if any, money lobbying government.  After being targeted by the Clinton Justice Department, Microsoft quickly realized that government isn’t just going to leave you alone. No one is allowed to sit the game out. So they ponied up and went into the lobbying business.

So what to do?  After all this certainly is a problem.  The answer, as it almost always is, lies in less government, not more.  The only reason corporations employ teams of lawyers to navigate the legislative waters is that these waters are so treacherous and hard to navigate.  Let’s take Indian Reservations as an example.  Tribes spend millions of dollars lobbying all levels of government for all sorts of things.  Maybe they want to run a casino or hunt whales in an area where it is otherwise illegal.   Maybe they want to mine for natural resources.  Maybe they’ve started a tribal business and want tax breaks.  Of course there are other groups that don’t want to see this happen.  Maybe they are anti-gambling, or wish to protect sea mammals or trees.  Maybe they’re business owners that believe they, too, should be receiving the same tax breaks as the Indians.  Now, instead of creating the Bureau of Indian Affairs and a massive Reservation system across the nation to pay attention to this particular “special interest”, why not just remove government from the decision making process all together?  Make gambling either completely legal or completely illegal.  Institute a flat tax for every person or corporation.  Quit fiddling around the edges of the law to carve out special favors for your lobbyist friends and watch how quickly those “friends” disappear.

We shouldn’t be blaming the lobbyists for showing up to the trough every time Senator So-and-so dumps a fresh load of slop into it. They’re just doing what any of us would do. No, instead we should be blaming Senator So-and-so for taking our money and giving it to those we feel don’t deserve it. (And funny how it is that those we feel don’t deserve are usually the ones whose policies we disagree with.)

Lobbying is nothing other than our freedom to ask our legislators to do something we think will benefit the nation (or us personally if we are short on morals). Giving money to those legislators who we think are doing the most good in order to ensure that others hear about their acts and thus re-elect them is also nothing other than our freedom to do with our earnings what we see fit.  If our legislators are not acting in the best interests of the nation then it is not the fault of the system we’ve instituted but of the legislators themselves.  Outlawing lobbying to prevent corruption makes as much sense as outlawing guns to prevent murder or pencils to prevent spelling errors.

This article was originally posted at AmericanThinker.com.