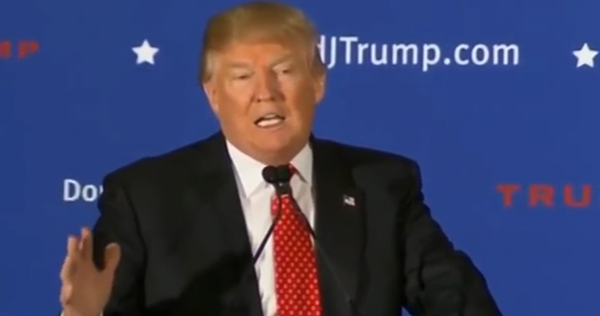 Donald Trump has enjoyed between a 14 to 17 point lead over the Republican field in New Hampshire in the weeks leading up to the polls.

But exit polls of GOP primary voters indicate about 46 percent of voters just made up their mind within the last three days running up to the vote.

The exit polls, conducted and released by a group of news organizations, seem to show that the lengthy run-up to the primary elections may have had less influence than thought if nearly half of voters made up their minds in just the last few days.

This might benefit those candidates who spent more time working small towns and communities and shaking hands locally since the Iowa caucus and just prior to election day.

Trump skipped one of the last two debates to hold his own fund raising drive in which he raised $6 million for veterans.

Although Trump fared well in the most recent New Hampshire debate, it might not be enough to overcome his deficit in door-to-door, hand-to-hand campaigning that was employed by Governor Jeb Bush, Governor John Kasich and Senator Marco Rubio. Although Trump might still win, he could greatly under-perform expectations, which could cost him valuable momentum.

Trump actually left the state of New Hampshire last week, to sleep in his own bed and to campaign at a rally in South Carolina. New England weather then forced him to cancel some smaller town-hall events that he had scheduled.

Trump typically puts on a larger-scale rally to make a big splash, but does not engage the public on their own turf or veer too far from scripted, structured appearances. He presses flesh near the stage at his rallies with friendly supporters seeking pictures and autographs. His rallies are closely vetter and monitored to keep dissident voices as quiet as possible.

The free, impromptu mingling with voters and shaking hands goes a long way between Portsmouth and the Canadian border. That lack of same can go a long was as well. It remains to be seen how much Trump’s strategy might cost him among the 46 percent who most recently chose their candidate.