The legendary conservative icon has had enough of Marco Rubio and just unloaded on him. 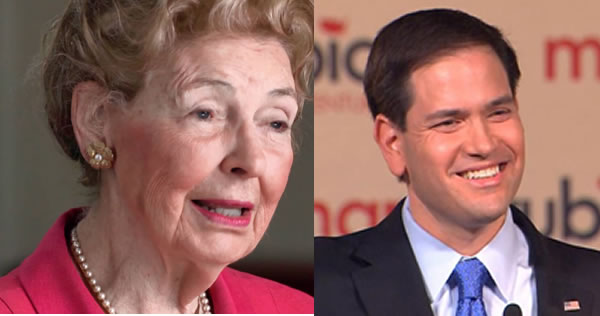 In an exclusive with WND the conservative activist had this to say:

“When Marco Rubio ran for the Senate in Florida, I think I was the first one to endorse him,” said Phyllis Schlafly. “I made a trip down to Florida in 2009 just for the purpose of helping him.”

Schlafly said she was startled at the magnitude of Rubio’s “betrayal” on amnesty.

“He’s a lackey for the establishment now,” she said. “There’s no question they’re picking up as Plan B – or maybe Plan C in this election cycle, or whatever we’re on now – but he certainly is an establishment agent.”

You can read the full interview at WND