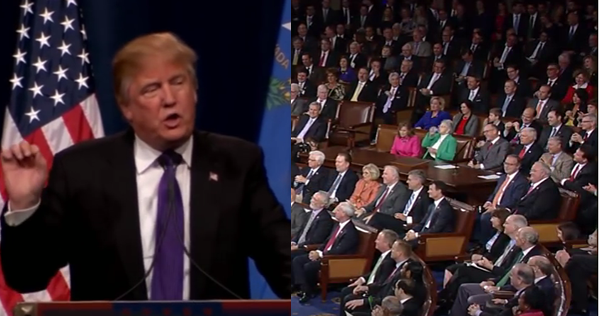 It used to be that the Republican Party was the party for fiscal discipline and the Democrat Party was the tax and spend party. Especially the spending part.

Unfortunately, the Republicans got a taste of the spending pleasure, became hooked and became the right wing of the Democrat Party.

As a result, the new spending-happy entity has saddled our country with a $19 TRILLION national debt, not to mention hundreds of trillions in unfunded promises. Every person in America has a $60,000 share of the current national debt. Every taxpayer has a $159,034 share.

You may hear people blame President Obama for the debt, but remember: Ultimately, it’s Congress that spends the money. They have the power to slow spending if they want to. They simply don’t feel they can risk the favor of voters.

If they could conjure up the fortitude, they could overturn the President’s recommendations. Have you ever heard of a fight where 535 people couldn’t defeat 1? Only in Washington D.C.

Everyday, politicians from BOTH parties say there’s nowhere to cut expenditures. Really? Do you think the following items, for a small start, should remain funded in the nation’s budget:

That’s barely the tip of the iceberg of programs undeserving of taxpayer funds.

This is your money they’re spending!

Our deficits – current account and unfunded liabilities – affect every person in the country today as well as the next several generations. This is the elephant in the room our spineless and gutless politicians are don’t want to talk about so the media patsies don’t ask about it.

The Peterson Foundation reports that the financial condition of our country is a prime concern among voters. A Rasmussen Report of a national telephone survey found that 75% of likely voters nationwide wanted Congress to cut its own pay until the federal budget was balanced.

Take the poll below to express your position and to communicate to our elected officials to re-arrange their legislative priorities: Should Congress to balance the budget every year or forgo pay? Perhaps a President Trump could make that an ultimatum.