An ISIS commander was teaching about 20 jihadis how to decapitate prisoners, demonstrating the cutting motion with his arm. 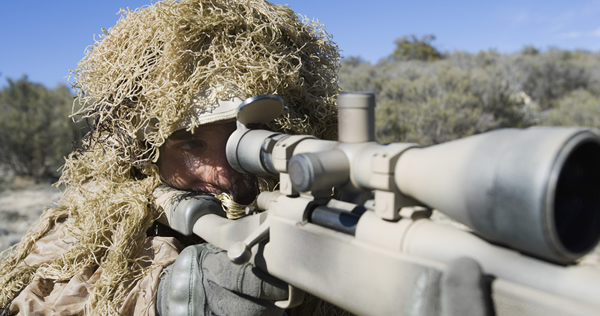 Approximately three-quarters of a mile away, an SAS sniper operating in northern Syria focused the scope on his Dan .338 rifle, which uses ammunition that “tumbles” when it hits its target to inflict its wound.

The sniper had to adjust his aim more than a foot wide of the target to account for wind conditions in the area.

The SAS crackshot went undetected when he pulled the trigger because of the use of special flash and sound suppression equipment.

Suddenly the militant standing before his pupils was himself decapitated before the very eyes of his fighters. Military witnesses said the entire class fled the scene, according to the Daily Star Sunday.

One military source described the scene, “One minute he was standing there and the next his head had exploded.”

“The [ISIS] commander remained standing upright for a couple of seconds before collapsing and that’s when panic set in.”

We later heard most of the recruits deserted. We got rid of 21 terrorist with one bullet.”

The successful sniper was supported by over dozen SAS teammates on the mission. A pair of four-man teams sneaked in and established a vantage point near the jihadi compound 12 hours prior to the kill. A second team of 12 men were on stand-by near the combat zone to rescue the men if any part of the mission went wrong.