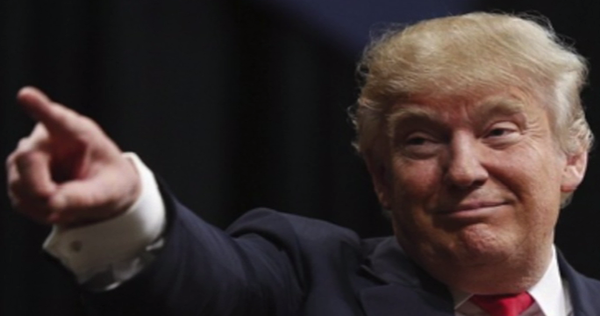 Vatican spokesman, Father Federico Lombardi walked back a statement made yesterday by Pope Francis, “…a person who thinks only about building walls, wherever they may be, and not building bridges, is not a Christian.”

“This wasn’t in any way a personal attack, nor an indication of who to vote for.

The Pope has clearly said he didn’t want to get involved in the electoral campaign in the US, and also said that he said what he said on the basis of what he was told [about Trump], hence giving him the benefit of the doubt.

The Pope said what we already know, if we followed his teaching and positions: We shouldn’t build wall, but bridges.

He has always said that, continuously. He also said that in relation to migration in Europe many times.

So this is not a specific issue, limited to this particular case.

It’s his generic view, coherent with the nature of solidarity from the Gospel.”

Trump quickly accepted the statement, apparently happy to put the issue behind him. He made his own statement at the Myrtle Beach Sports Center in Myrtle Beach, South Carolina, “The Pope was great. He made a beautiful statement this morning.”

It appeared as though Trump thought the Pope had made the statement himself.

Trump suggested the Pope had been given biased information.

“They had him convinced that illegal immigration is, like, a wonderful thing!”

Trump also said he thought the Pope’s original comments may have been blown out of proportion by the media.

“I think he said something much softer than what was originally reported by the media. I think that he heard one side of the story, which is probably by the Mexican government,” Trump said.

“He didn’t see the tremendous strain that the border is causing us with respect to illegal immigration, [and] with the drugs pouring across the border.”

Trump confirmed he was amenable to a meeting with the Pope, “I’ll do it any time he wants. I mean, it would be very interesting. I like him. I mean, I like him as a personality. I like what he represents. And I certainly have great respect for the position.” He continued, “He’s a very different kind of a guy. And I think he’s doing a very good job. He’s got a lot of energy.”