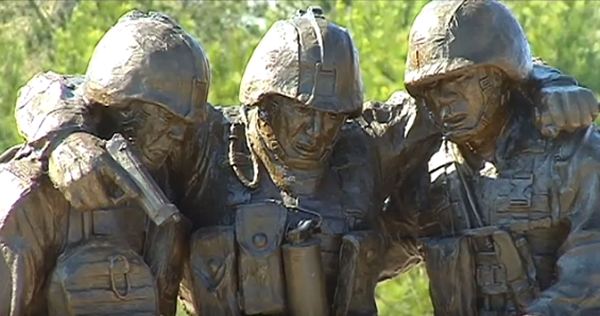 Marquez told WJLA-TV, “They asked me if I believe that black lives matter. I felt threatened and as if they were trying to intimidate me, so I figured I would just keep eating my food. Because I wouldn’t respond back to them, they were calling me a racist.”

Marquez ripped the media for not reporting the extent of the growing number of such activities by Black Lives Matter thugs.

Marquez was a rifleman and scout sniper during eight years active duty in the Marines between 2003 to 2011. He was awarded the bronze Star for valor and is known as the basis for two statues named “No Man Left Behind” on display at Camp Pendleton and Comp Lejeune in California. A photograph of Marquez and a fellow marine carrying a wounded sergeant out of a house in Fallujah after a fire fight became the basis for the memorial. 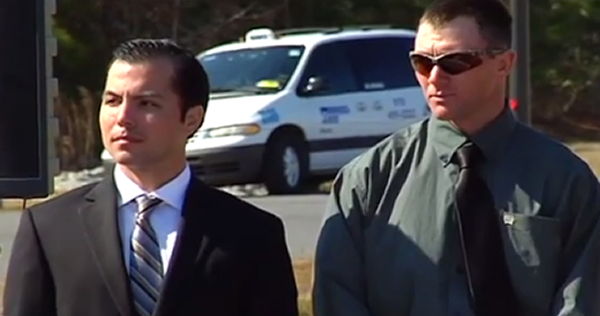 After beating Marquez unconscious on the ground, the teen thugs stole his wallet and used his credit cards at several locations near the McDonalds. Police are investigating their trail, but have yet to make any arrests.

Marquez was taken to George Washington hospital with cuts and bruises on his face. He has experienced difficulty sleeping since the event due to a sharp pain he frequently has in his head.

What the imbeciles among the Black Lives Matter movement who go around beating people for absolutely no justifiable reason are too daft to understand is you can’t receive any respect when you don’t give any respect.

Apologists may claim that this group of thugs likely do not officially represent Black Lives Matter and were probably using the phrase to carry out a race-hate crime. Still, ample examples abound of blatant disreqard for others by those who have exploited a public forum to promote Black Lives Matter, weakening apologist’s claims.

Unfortunately for those in the Black Lives Matter movement who do have admirable and honorable intent, because of events like these, who could possibly take their movement seriously?