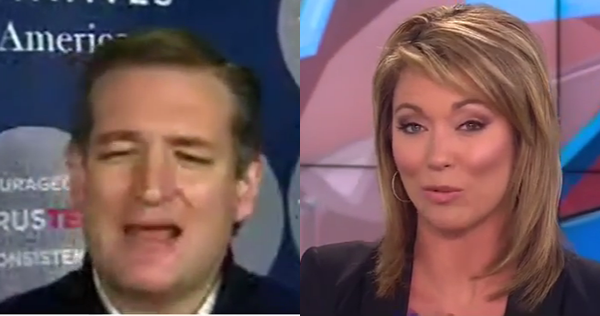 Read the scripts below and decide for yourself if Senator Ted Cruz’ campaign stretched the truth regarding Dr Ben Carson’s political future.

First is the email letter the Cruz campaign sent. 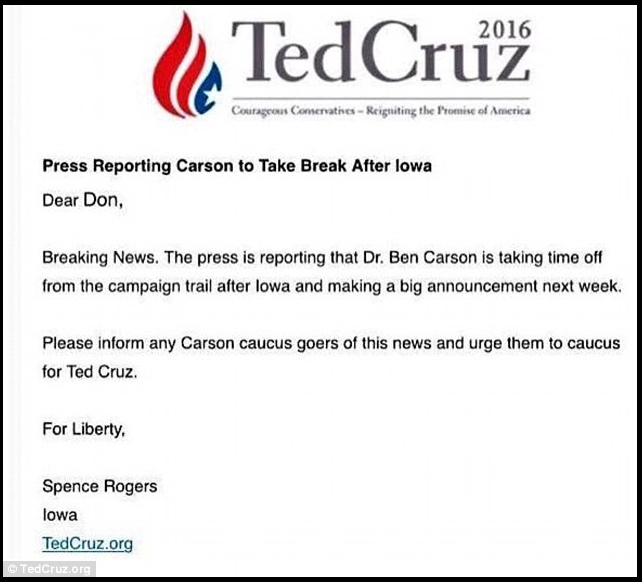 As you read the phrase “and making a big announcement next week,” what are you being led to think? What is it the Cruz campaign hopes you’ll infer from that phrase?

Breitbart has obtained two voice messages left by Cruz campaign staff at 7:07pm and 7:29pm that also infer Dr Carson might be dropping out of the race so don’t waste a vote.

“…from the Ted Cruz campaign, calling to get to a precinct captain, and it has just been announced that Ben Carson is taking a leave of absence from the campaign trail, so it is very important that you tell any Ben Carson voters that for tonight, uh, that they not waste a vote on Ben Carson, and vote for Ted Cruz. He is taking a leave of absence from his campaign. All right? Thank you. Bye”

The second message was:

“Hello, this is the Cruz campaign with breaking news: Dr. Ben Carson will be [garbled] suspending campaigning following tonight’s caucuses. Please inform any Carson caucus goers of this news and urge them to caucus for Ted instead. Thank you. Good night.”

Is there any other way to read this than it’s an attempt to plant the idea that Dr Carson might be disappointed in his campaign’s performance and might be ready to accept and announce his inevitable withdrawal from the race? If so, why not shift your support to Cruz?

There hasn’t been a tabulation of how many Carson supporters may have changed their support to Cruz as a result of this communiqué.

Next is the report made by CNN that Cruz said his campaign accurately relayed.

“Our correspondent reported the information provided to him by the Carson campaign. Dr. Carson’s staff informed CNN that he would return home to take a ‘deep breath’ before resuming his activities on the trail. That information was reported accurately by CNN across TV and digital.”

CNN did not report that Dr Carson was suspending his campaign.

CNN reporter Chris Moody tweeted the first report for CNN at 4:44pm. You can see the time stamp on his Tweet: 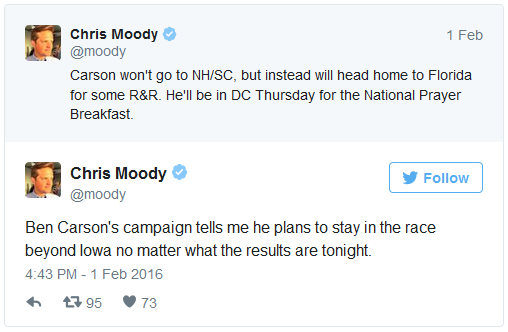 The Carson campaign tweeted their own statement at 4:53pm:

Cruz has, in his inimitable style, walked back his offense and insisted his team relayed the information accurately – that Carson was not going on to New Hampshire or South Carolina.

He avoids addressing why his letter included the phrase “and making a big announcement next week.”

CNN did not report that phrase. Carson says he never made that statement, either.

Where did it come from and why was it included?

CNN anchor Brooke Baldwin took umbrage with Cruz’ portrayal of the miss-use of the CNN report. The following video begins with Cruz defending his campaign’s behavior surround the email/letter and then Baldwin’s calling B.S. on Cruz for trying to throw CNN under the bus.