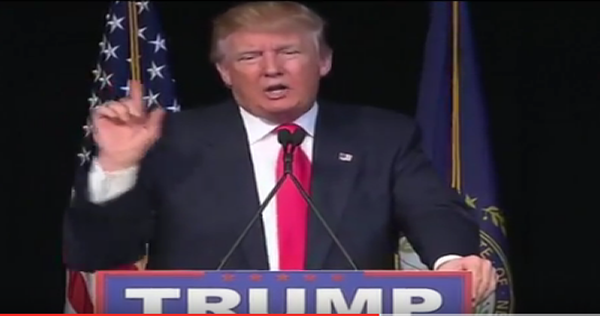 Trump was taking questions from the crowd at a rally in Exeter, New Hampshire.

Trump was clearly in control and seemed to be enjoying himself at the podium when a woman yelled from the back of the hall that “Illegal immigrants are the backbone of our country.”

Trump asked her to repeat herself, and then he responded repeatedly, “I don’t think so, darling. Nah, I don’t think so. They’re not the backbone of our country.”

“You know what? I’ll tell you what,” Trump said. He made an apparent gesture to security to relax, saying, “That’s okay. No. We don’t need help with these folks.”

And then he lit into the woman, setting the record straight:

Having summarily blasted the woman out of the hall, Trump calmly moved on.

“Okay. Another question?” as he pointed out another person in the crowd.