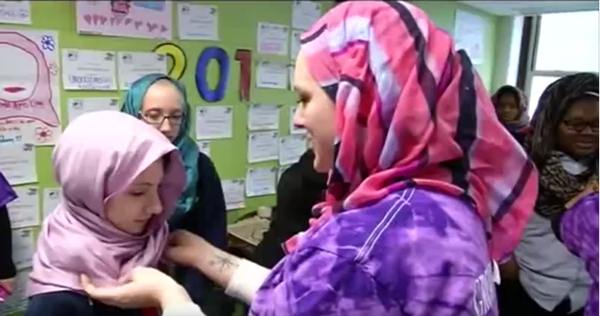 Dozens of angry parents of students at School 58 in Rochester, New York high school have flooded the school with complaints for holding an event in solidarity with World Hijab Day.

The event was held at a public school during school hours. High school girls were encouraged to wear a hijab, the Islamic headscarf, for the day. Teachers from the school reportedly supplied about 150 headscarves for the girls to wear. Boys were given carnations to wear to demonstrate their solidarity.

The event at the school was the brainchild of sophomore Eman Muthana, who is originally from Yemen. She wears a hijab daily. She wrote a letter suggesting the school have the event. 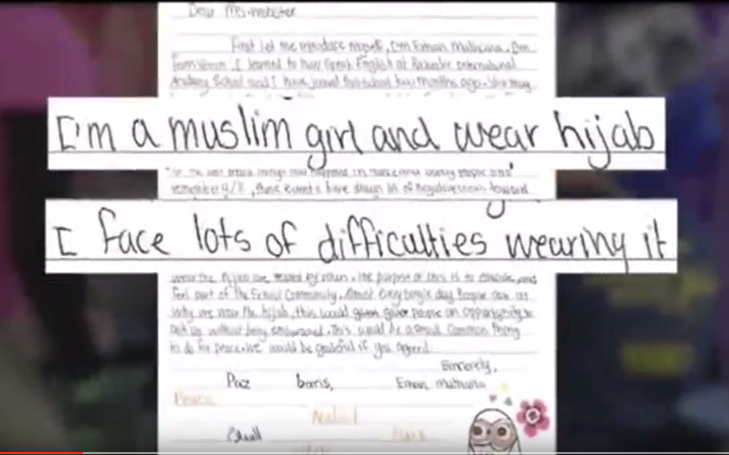 Commenting after the event, Muthana said, “I just feel proud that I’m sharing my culture and actually not forcing that on them, because everybody has the choice to do that so. I just feel happy that they are supporting me. We are in America; everybody has the freedom of religion, I cannot force anything. And also, I cannot do anything bad to a country that opened its door for me.”

Although Muthana didn’t feel there was any coercion attached to the event, parents, teachers and school district spokespersons were not all in agreement.

One school district spokesman said, after consulting with a lawyer, he was told, “there would be more of a legal issue if the school said no to the event” than to proceed with it.

A prominent Muslim human rights activist, Asra Nomani, wrote in the Washington Post that such events are a “painful reminder of the well-financed effort by conservative Muslims to dominate modern Muslim societies. This modern-day movement spreads an ideology of political Islam, called ‘Islamism,’ enlisting well-intentioned interfaith do-gooders and the media into promoting the idea that ‘hijab’ is a requirement of Islam.”

She wrote that she rejected the dominant interpretation that the ‘hijab’ symbolizes modesty and dignity among those faithful female followers of Islam and is more a symbol of repression. She declares that misleading and says the term is never used in the Koran to mean headscarf.

She asserts that “unfortunately, the idea of ‘hijab’ as a mandatory headscarf is promulgated by naïve efforts such as “World Hijab Day.”

In Rochester, social media was ablaze with disapproval. Jim Farnholz, a high school teacher, wrote, “As a high school teacher for over 30 years, let me say that this is wrong on so many levels. All religions are taught in our global studies classes. That being said, that is where understanding, tolerance and the good and bad of religion and history are taught. This, however, is a clear violation of separation of church and state.”

Dale Lane posted, “What lesson will they were a Yarmulke in? Or the Christian cross? Or the Hindu turban? Funny how it always seems to be the Muslims they learn about, even in Common Core.”

Rebecca Sluman added, “How disgusting and irresponsible for any educator to encourage a child to wear a symbol of oppression, whether it be religious or cultural.”

Sheela Webster, school principal, insisted the event was not about religion, but was “experiential” and “was actually around learning about the cloth.”

“Our perspective in it was not religious – it was really about experiential,” Webster said. “We are an experiential school; we engage kids in all kinds of activities and projects all of the time, so the perspective of being able to learn what a hijab is, why some women choose to wear it and why some women don’t choose to wear it, and we provide the opportunity to experience it; it is well within protocol of experiential learning.”

It was reported, unfortunately, that the lesson discussing “why some women don’t choose to wear it” and what happens to those who don’t in some Muslim countries, was somehow omitted from the program.