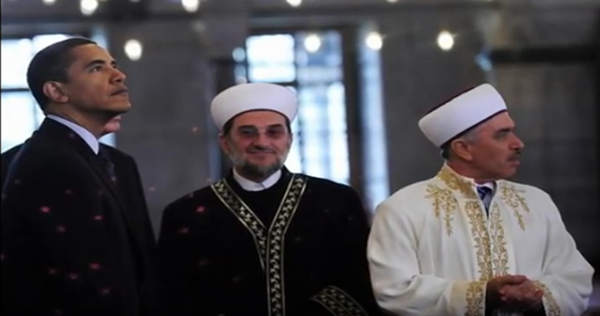 White House spokesman Keith Maley confirmed that President Obama has chosen to visit one of the most controversial mosques in America – the Islamic Society of Baltimore – in his effort to demonstrate to the American people that Muslims are our friends.

In choosing this mosque, of all the options available to him in America and at this particular time, the president appears to be more overtly expressing his widely-perceived and infamous disdain for America’s true traditions.

Additionally, in choosing this mosque, of all the options available to him in America, the president also disgraces a group of American Muslims who feel “insulted” by his choice.

Dr. Zuhdi Jasser, of the American Islamic Forum for Democracy, told Fox News, “As a Muslim American I’m just insulted, this is disgraceful that this one of the mosques – or the mosque – that he’s picked to be the first visit,” he said. “This mosque is very concerning.”

Dr. Jasser also asserts that Obama’s visit to the mosque is nothing more than a ‘political stunt.’ “Look at the time he picked to do this,” Dr. Jasser said. “It’s right before the National Prayer Breakfast. He’s using our Muslim community as a backdrop, partisan politics, to basically ‘check the box’ that, oh, he’s with the Muslim community. Not the normal ones. The radical ones.” 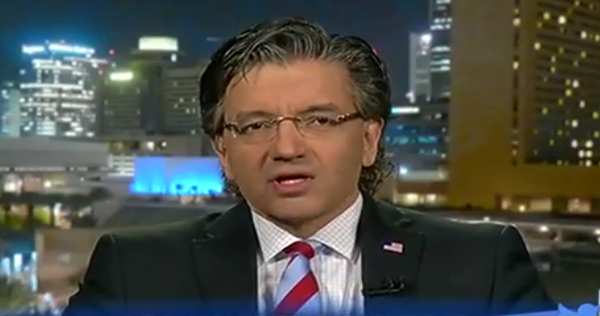 Dr. Jasser says Obama sides with the more radical, extreme Muslims who are ‘in bed with’ Iran and the Saudis, who are against diversity in their faith. Jasser says Obama “insults our community by cozying up to radicals who have extreme views incompatible with America. They believe in the Sharia state.”

What is it about the Islamic Society of Baltimore that would have an American Muslim in such a lather?

Additionally, the former leader and once imam of the Islamic Society of Baltimore, Mohamad Adam El-Sheikh, is alleged to have ties to the Muslim Brotherhood and also to a northern Virginia mosque, the Dar Al Hijrah Center in Falls Church, where the radical cleric, Anwar al-Awlaki, used to preach Islamic extremism and at one point declared war on the United States. The Treasury department has said the mosque has ties to Al Qaeda and the Taliban.

Dar Al Hijrah stands out as one of America’s oldest and largest mosques. It is closely affiliated with the Muslim American Society, which was founded by many who had been active in the Muslim Brotherhood, a movement that advocates a purer, more restrictive form of Islam, Sharia, in the Middle East. The FBI concluded that two of the 9/11 hijackers had worshipped at the mosque.

The term “Hijrah,” in the name of the mosque, must be understood. “Hijrah” is addressed in more detail here, but, in the Qu’ran, it refers to a long-term Muslim pilgrimage, occupation and colonization of the places where Muslims occupy. Does that, perhaps, reveal an objective of this large and very active mosque?

El-Sheikh is reported in the Washington Post to have said Islamic law allows for suicide bombings in some situations. In reference to Palestinian suicide bombers, he said, “If certain Muslims are to be cornered where they cannot defend themselves, except through these kinds of means, and their local religious leaders issued fatwas to permit that, then it becomes acceptable as an exceptional rule, but should not be taken as principle.”

So what is it President Obama intends to communicate by choosing this particular mosque to demonstrate his friendliness toward and facility with Islam?

In the announcement of his intended visit, his spokesman Keith Maley, specified, “The president believes that one of our nation’s greatest strengths is our rich diversity. As the president has said, Muslim Americans are our friends, and neighbors; our co-workers, and sports heroes – and our men and women in uniform defending our country.”

As are the even greater number of Christian Americans, of whom the president makes scant mention.