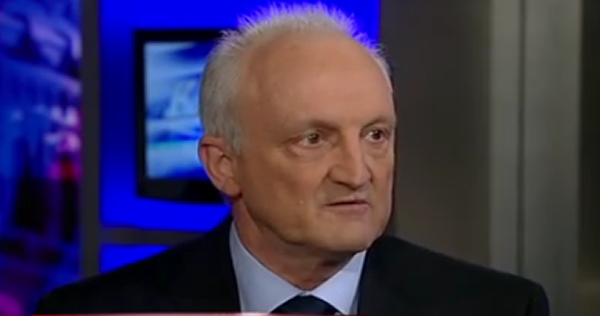 As Americans brace for President Obama to make good on his promise to bring refugees from Syria and Iraq into the United States, their anxiety over the prudence and efficacy of the plan is heightened by the disastrous results of comparable plans implemented by European nations.

Those Americans who manage to shed the suffocation of political correctness and speak honestly of their feelings regarding the president’s plan invariably speak of concern for their safety first, then they agree to let in the ‘good’ refugees. They express concern for the capacity of the vetting processes within the Department of State and the Department of Homeland Security to ensure their basic security within our borders, which were proven inadequate by the ISIS inspired San Bernardino murderers.

It has been and will remain a hot topic throughout the 2016 presidential campaign.

One aspect of the conversation will be confirmation, or not, of the government’s resolve to provide that level of security the citizens expect. A recent revelation by a former DHS employee casts questions as to how resolved our government actually is.

After the attempted attack by the ‘underwear bomber’ during the 2009 holiday season, President Barack Obama blasted the intelligence community for failing to “connect the dots.”

According to a Department of Homeland Security employee at the time, the president then proceeded to handcuff the department, making it more difficult, if not impossible to perform their job and ‘connect the dots.’

Philip Haney was a fifteen year employee at DHS. Haney recently penned this disturbing letter to The Hill:

“Amid the chaos of the 2009 holiday travel season, jihadists planned to slaughter 290 innocent travelers on a Christmas Day flight from the Netherlands to Detroit, Michigan. Twenty-three-year old Nigerian Muslim Umar Farouk Abdulmutallab intended to detonate Northwest Airlines Flight 253, but the explosives in his underwear malfunctioned and brave passengers subdued him until he could be arrested. The graphic and traumatic defeat they planned for the United States failed, that time.

Most Americans were unaware of the enormous damage to morale at the Department of Homeland Security, where I worked, his condemnation caused. His words infuriated many of us because we knew his administration had been engaged in a bureaucratic effort to destroy the raw material—the actual intelligence we had collected for years, and erase those dots. The dots constitute the intelligence needed to keep Americans safe, and the Obama administration was ordering they be wiped away.

After leaving my 15 year career at DHS, I can no longer be silent about the dangerous state of America’s counter-terror strategy, our leaders’ willingness to compromise the security of citizens for the ideological rigidity of political correctness—and, consequently, our vulnerability to devastating, mass-casualty attack.

Just before that Christmas Day attack, in early November 2009, I was ordered by my superiors at the Department of Homeland Security to delete or modify several hundred records of individuals tied to designated Islamist terror groups like Hamas from the important federal database, the Treasury Enforcement Communications System (TECS). These types of records are the basis for any ability to “connect dots.” Every day, DHS Customs and Border Protection officers watch entering and exiting many individuals associated with known terrorist affiliations, then look for patterns. Enforcing a political scrubbing of records of Muslims greatly affected our ability to do that. Even worse, going forward, my colleagues and I were prohibited from entering pertinent information into the database.

A few weeks later, in my office at the Port of Atlanta, the television hummed with the inevitable Congressional hearings that follow any terrorist attack. While members of Congress grilled Obama administration officials, demanding why their subordinates were still failing to understand the intelligence they had gathered, I was being forced to delete and scrub the records. And I was well aware that, as a result, it was going to be vastly more difficult to “connect the dots” in the future—especially before an attack occurs.

As the number of successful and attempted Islamic terrorist attacks on America increased, the type of information that the Obama administration ordered removed from travel and national security databases was the kind of information that, if properly assessed, could have prevented subsequent domestic Islamist attacks like the ones committed by Faisal Shahzad (May 2010), Detroit “honor killing” perpetrator Rahim A. Alfetlawi (2011); Amine El Khalifi, who plotted to blow up the U.S. Capitol (2012); Dzhokhar or Tamerlan Tsarnaev who conducted the Boston Marathon bombing (2013); Oklahoma beheading suspect Alton Nolen (2014); or Muhammed Yusuf Abdulazeez, who opened fire on two military installations in Chattanooga, Tennessee (2015).

It is very plausible that one or more of the subsequent terror attacks on the homeland could have been prevented if more subject matter experts in the Department of Homeland Security had been allowed to do our jobs back in late 2009. It is demoralizing—and infuriating—that today, those elusive dots are even harder to find, and harder to connect, than they were during the winter of 2009.”