Road rage in Africa is a little different from what we’re used to.  Take a 3000lb Rhino and a Toyota SUV and guess who’s boss! 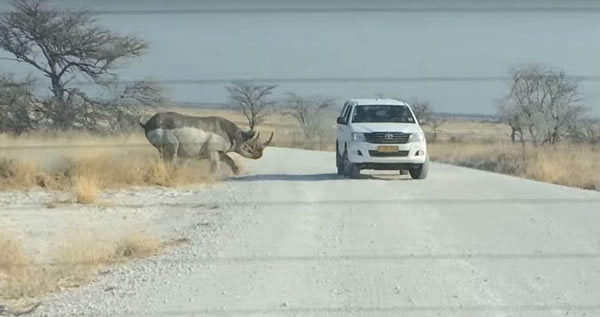 The road rage incident took place in the Etosha National Park, Namibia.  Alexandra Poier, 48, watch the incredible attack unfold from the car in front of the SUV.  She described observing the beast which she thought looked threatened.  It lowered itself and then sprinted forward in a charge on the unfortunate Toyota.  The black rhino is notorious for charging objects that they feel are threatening and weighing in at upwards of 3000 lbs with a 35 mph top speed, they are an imposing threat to anything in their way. 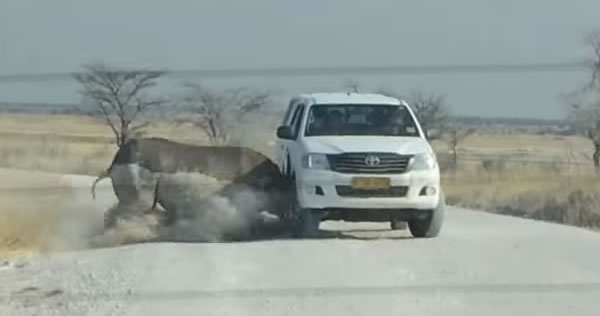 Despite the real and scary collision, the group of tourists inside the vehicle escaped.  Watch the full video: