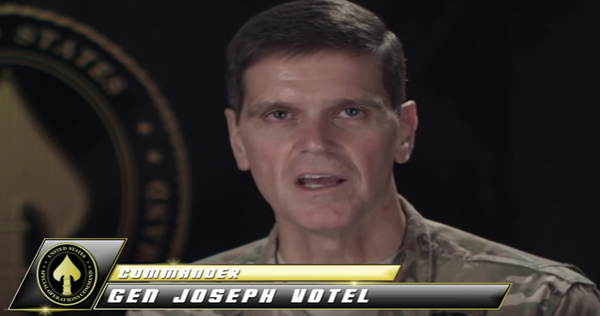 For the majority of President Obama’s tenure in the White House, congressional and military leaders have criticized and pleaded with his administration to stop leaking classified material and risking the lives of deployed special operations forces, as well as the lives of their families.

And, for the same period of time, the Obama administration has flagrantly and disrespectfully ignored their calls for prudence.

Foreign Policy reported that Votel wrote, “I am concerned with the increased public exposure of SOF activities and operations, and I assess that it is time to get our forces back into the shadows.”

Votel reinforced the generally accepted wisdom that it is much more difficult for commandos to conduct their missions when their operations are being discussed openly and he restated his request that SOF activities not be discussed publicly.

Publicizing special operations mission details and tactics can and does get operators killed and risks mission failure.

The parents of fallen Navy SEAL Aaron Vaughn, Billy and Karen Vaughn, recount how their son warned them of the risks that leaks had on his life, on his fellow SEALs and on their own lives. Special Operations Chief Aaron Vaughn advised his family to wipe all their social media clean of any reference to him or his buddies because there was ‘chatter’ indicating all of their lives were possibly in danger, including his parents. Vaughn was killed August 6, 2011.

Perhaps the most famous example of dereliction of prudent responsibility in this area on the part of the administration occurred following the raid to kill Al Qaeda leader Osama bin Laden. Then Secretary of Defense Robert Gates roundly criticized the White House for leaking details of the raid.

In his memoir, Gates lambastes the administration for revealing “techniques, tactics, and procedures the SEALs had used” despite promises made to not divulge details about the operation.

“We all agreed that we would not release any operational details from the effort to take out bin Laden,” said Gates. “That all fell apart the next day.” That appeared to be a direct reference to Vice President Joe Biden’s inability to restrain himself from expressing his admiration for the SEALs.

Gates wrote in “Duty: Memoirs of a Secretary at War” that the White House and CIA “just couldn’t wait to brag and to claim credit.”

Nonetheless, the Obama White House has continued to release details of SOF activities. Recently, the White House announced that about 200 special operators were being deployed to Syria to fight ISIS. Secretary of Defense, Ash Carter, was prompted to tell Congress, this “puts everyone on notice. You don’t know at night who is going to be coming into the window.”

Billy and Karen Vaughn believe that the loose lips on those in the White House very likely contributed to their son’s death. Special Operations Chief Vaughn’s story is referenced in the following clip: