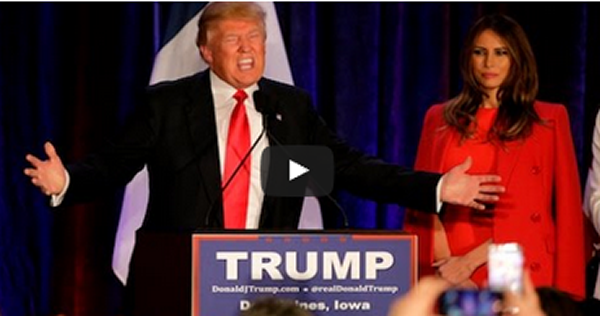 Whether you support Donald Trump for President of the United States of America or not, you should find this video vignette matching him against ten criteria thought provoking.

Patriots who pride themselves in standing firm on conservative principles, in particular, may experience a rumbling in their foundation.

What are your key voting criteria which your candidate must pass muster? Any of these:

Food for thoughts on the Republican frontrunner (note especially item #5):

Sure, Ronald Reagan was a Democrat who changed his mind and became a Republican. As Ott says in the video, “The Gipper devoted years to giving speeches to audiences across the country proving he fully understood the Constitutional implications of ideas and what it really means to be a Republican.”

Did Ott hit on any of your hot-button core criteria?

How about the existence of a corrupt governmental infrastructure that renders almost any hope for change on issues such as immigration and healthcare moot?

Do you believe Trump, or any candidate for that matter, can actually implement the changes you want to see? Ott resoundingly indicted Trump:

Ott described Trump as “a hurricane and an O.J. Simpson Bronco chase all wrapped up in one.” Isn’t that why folks love him?

Do you write this guy off as a:
RINO establishment, Israel loving, ISIS enabling, China worshipping, Mexico wooing, in-the-tank cuckservative, phony Christian, who’s trying to destroy the Republican frontrunner, the only one who can save our country – the one for whom we’ve been praying all these years.