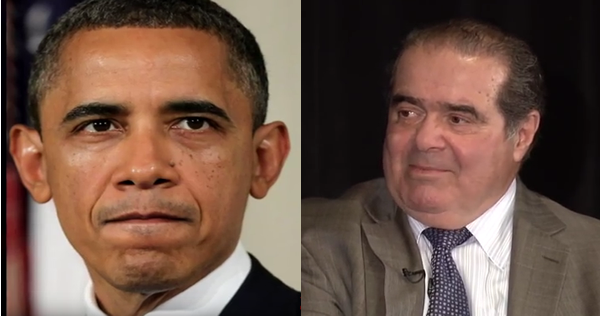 With the passing of the giant conservative Justice, Antonin Scalia, the Democrats and President Obama have wasted precious little time making a political statement about filling the vacancy.

The President will present the most liberal nominee possible, who he thinks will sneak by, and charge his progressive minions in the Senate to confirm whoever he recommends.

Should they succeed, they could dramatically change the trajectory of the country. And not in a positive way.

If they succeed and create a liberal majority on the Supreme Court, President Obama’s damaging philosophy will last and have profound impact well beyond his terms as president.

Although Obama has a seven-year record of wreckage of the country, perhaps one of his most damaging feats has been his destruction of the separation of powers.

Our founders established equal branches of government that could effective check and balance each other, which would ensure the best path for the country.

However, President Obama has obliterated that balance of power and sucked an inordinate amount of power into the executive branch. His list is extensive: healthcare, immigration, coal, gun control. These are only a few of the areas he has overstepped his limits.

It would be impossible for any of his executive orders to be reversed should President Obama manage to have another liberal nominated to the Supreme Court.

For nearly 80 years, the practice has been that no Supreme Court nominees are nominated and confirmed during a presidential election year. Senators from either side of the aisle have strongly lobbied against it. The current Vice President emphatically presented this same position during the 1992 election year:

The passing of Justice Scalia represents a pivotal opportunity for both parties to influence the direction for years to come.
The Senate Democrats have expressed confidence they will convince, cajole or even shame their Republican colleagues to confirm the nominee they present.

Contact your Senators and encourage them to end President Obama’s destruction of the separation of powers and practice of stifling the voice of the American public.

If you don’t know it, find your Senator’s contact information here.