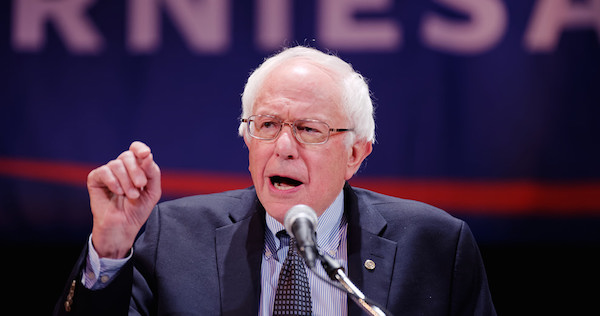 Over and over again, we hear Bernie Sanders pointing to Scandinavian countries, particularly Denmark, as a model for his vision of America. While his fans cheer, many of us wonder, how do the people of Denmark feel and would that work in America?

In a country known for high taxes, generous government services and generally content citizens, you’ll also find an amazingly high level of interest in, and knowledge about, American politics.

According to CNN, the Danish people follow the US Presidential race with an astounding level of enthusiasm and interest in part because Bernie Sanders, one of the leading candidates for the Democratic nomination, won’t stop talking about them.

Sanders has identified himself as a, “democratic socialist,” who has idolized the Dane’s political system for years. While there are certainly some appealing components of their “Share and share alike” system, as with all systems undergoing change there seems to be a growing seed of dissatisfaction among the ranks.

What is it that troubles the people of this nirvanic society? How could it be that a people who have free healthcare, babysitting, parental leave, college education and a retirement pension, have anything to be concerned about? 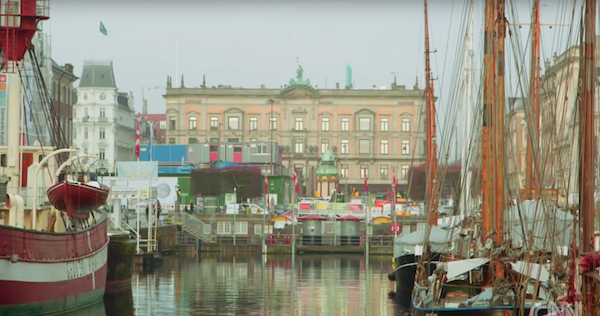 For the most part, the Danes seem to be reasonably content with the price they pay for the comforts the government provides, but the expanding world is putting pressure on their system in ways that threaten to undermine the security they cherish.

And cherish they do. ‘Security’ is the primary descriptor Danes use when asked about the strengths of their quasi-socialist political system. They like the ‘freedom’ their government provides by taking care of so many of the problems that plague the rest of the world. But as Sanders explains:

“In Denmark, there is a very different understanding of what ‘freedom’ means.” He went on to say, “The Danes have gone a long way to ending the enormous anxieties that comes with economic insecurity.”

“Instead of promoting a system which allows a few to have enormous wealth, they have developed a system which guarantees a strong minimal standard of living to all, including the children, the elderly and the disabled,” Sanders added. 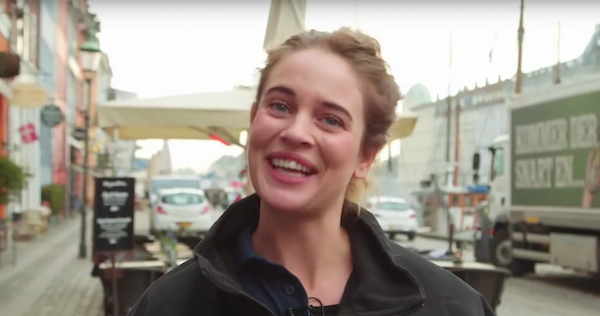 However, the Danish people seem to believe that Sanders’ version of ‘Democratic Socialism’ is a far cry from the system in which they live. Danish Prime Minister Lars Lokke Rasmussen said in a speech at Harvard’s Kennedy School of Government:

“I would like to make one thing clear, Denmark is far from a socialist planned economy. Denmark is a market economy.”

But, it is a market economy with many differences from the United States. In Denmark the corporate tax rate is much lower than in the United States, which has one of the highest in the world. And counter to everything the American left stands for, there’s not even a minimum wage in Denmark.

Not only do citizens of Denmark have free access to child care, state-guaranteed medical coverage, parental leave from work and free college tuition, students actually receive a paycheck from the government while enrollment in school, all of which Sanders supports. But as one citizen pointed out:

“‘Free’ Is Actually The Wrong Word To Describe These Services.”

Danes have some of the highest tax rates in the world, including a 25% tax on all goods and services, and a marginal tax rate that can reach nearly 60%. Rates that would be intolerable to most of the world. 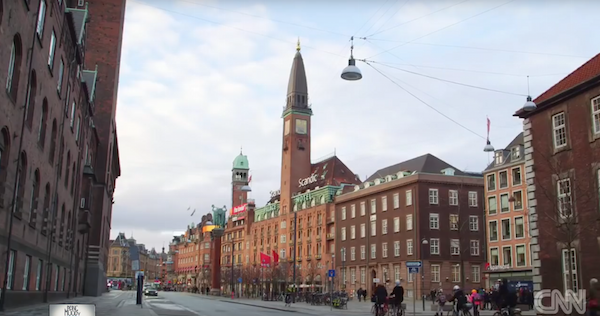 What is it that has some Denmark citizens beginning to question the ongoing security of their lifestyle? The exorbitantly high tax rates have always been a point of contention, albeit one they have adjusted to and generally feel is justified. Now, like so many other countries, it is immigration that threatens to undermine their precious security.

According to the Atlantic, last week the Danish parliament overwhelmingly passed a bill seemingly designed to solidify Denmark’s reputation as Western Europe’s least attractive country for refugees—a hard-earned title at a time when many of its neighbors are tightening border controls as people continue to flee conflicts in the Middle East, North Africa, and elsewhere. The law empowers Danish authorities to seize any assets exceeding $1,450 from asylum-seekers in order to help pay for the migrants’ subsistence in the country (items of “sentimental value,” such as wedding rings, are exempt). It also extends, from one year to three, the period that those who are resettled must wait to apply for family members to join them in Denmark.

Why the seeming hostility toward immigrants from a country that has typically led the way in liberal immigration policies? Like all European countries, the Muslim refugees are causing problems, big problem. Crimes of rape, murder, assault and sexual abuse of all sorts are skyrocketing in direct proportion to the number of Syrian refugees invited into a country.

But Denmark has more at stake. In Denmark it is not simply a matter of integrating a different culture or eliminating the crime. Their entire way of life is threatened as one of the requirements for their oasis of societal comfort to survive is the homogeneity of their population. Hostile immigrants with diametrically opposed values will disrupt the very core of the “Share And Share Alike” society that Bernie Sanders and most of their population embrace.

Denmark has a population of just 5.6 million, about 3% of the US, their territory totals just 16,000 square miles, and nearly 90% are of Danish ancestry, making political consensus infinitely easier than in the United States. According to Christian:

“I think this system is only possible because we essentially are all the same. Maybe if you wanted to introduce such a scheme in Utah, you could do that. But doing it across the U.S., I find it completely and utterly impossible just for the mere fact that Americans are all so different.”

As even Sanders has recognized, the size, population, attitude toward their government and homogeneity have been prerequisites to the success of their security evoking political system. Now, with increasing influence from the outside world, their homogeneity has been threatened.

While Angela Merkel opens the German doors to 1,000,000 Syrian refugees and other countries are letting them in in droves, Denmark has largely closed their doors.

Wise as their decision has proven to be, there is a sense of unrest as many Danes feel a sense of duty to help the less fortunate of the world. So while their noble desire to share their sense of security with others is admirable, it is exactly that which may undermine the very gift that they have to give.

Little is Denmark prepared to deal with the political unrest and volatile security of the US. They have a small peaceful country where everyone, for he most part, agrees. Until recently they have had little challenge with Islamic terrorists, and virtually no problem with Black Lives Matter riots, murderous politicians, massive corruption, language challenges, or antisemitism. Racism, sexism and all the other ‘isms’ are virtually non-existent, and with the overwhelming personal commonality, they are almost always politically correct.

“The question is not how much tax you pay or how big your government is, it’s whether it works,” Lidegaard said. “It’s whether you get return on your payment. We pay a lot of taxes, but we get a lot in return.”

That remains the question for America, “Is it worth it.”

In a land where government dependence is seen by most producers as highly correlated with a decline in their lifestyle, it’s a hard pill for most Americans to swallow.

When the one US governmental single payer health care system, called the Veteran’s Administration, falls prey to so much corruption and incompetence that our Veterans are dying in the street while they wait years, sometimes many years, for the help they have earned, trust in our government falls short.

When our budget is so far from balanced that we have incurred an additional $10 Trillion in debt over the past 8 years, something is wrong, and at some level, everyone on both sides of the fence knows it.

When most of the Syrian refugees we import are young military aged men, we have little interest in sending our young men to risk their lives on Syrian soil, and it bothers us.

When Al Sharpton has a guest pass to visit the White House and Benjamin Netanyahu is shunned, our loyalty is severely questioned.

When success in business is deemed a sin and governmental dependency is applauded, the seeds of our failure have been sown.

And when Billions of our hard earned dollars are sent to support our enemies while strangers are pouring across our borders a question comes to the mind of most Americans:

“What about out hungry, our homeless and our mentally ill who are languishing on our streets.”

Will Denmark’s pseudo-socialist political system work in the United States? Probably not. As long as we are so besieged by political problems, corruption, media bias, and an increasing disconnect between work, ingenuity, and reward, our level of trust is far too low. Hungry people feed their family first.

Should we turn our backs on those less fortunate? Absolutely not. In this land of plenty there is plenty to go around, but until we get those obstacles out of the way, and get our house in order, greater  trust, dependence or reliance on our government will only make matters worse.

And when we do resolve these challenges we will find to our amazement, that the compassionate solution we embrace will be a far cry from socialism. It will look vaguely familiar to the elderly as they reflect back on times long ago and recall what made America great in the first place.

“I think we should look to countries like Denmark, like Sweden and Norway,” Sanders said, “and learn what they have accomplished for their working people.”

“We are not Denmark,” Hillary Clinton responded.

The senator’s affinity for the Danish society has stretched back years. In 2013, after hosting the Danish Prime Minister on a tour of his home state of Vermont, Sanders wrote an essay praising their model of government.