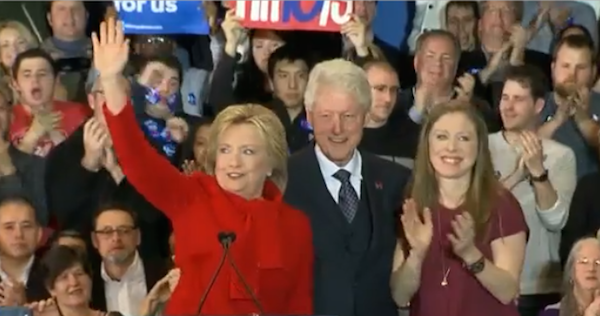 Hillary Clinton Has The Most Statistically Improbable Coin-Toss Luck Ever

After a big sigh of relief, Clinton announced, “I am so thrilled to be coming to New Hampshire after winning Iowa! I have won and I have lost there, it is a lot better to win.” But a growing number who feel that Clinton’s corruption streak runs deep are starting to question if she really did win, or if, once again, Hillary Cheated.

DES MOINES, Iowa — One of the most bizarre details to emerge from the tallying after Monday’s Iowa caucus was that in six Democratic counties, the assignment of six delegates was decided by the flip of a coin.

Using a coin flip to award unassigned delegates was not an afterthought, but part of the rules when precincts are deadlocked on a delegate assignment. It is considered to be one of the fairest ways of making a decision, however, when coin flips were used to decide a close Iowa caucus races Monday night, things did not work out so evenly.

According to the  The Des Moines Register, a single delegate remained unassigned at the end of caucusing in six Iowa precincts. Therefore, coin flips were used to assign the unassigned delegates. Each coin flip resulted in the awarding of one delegate.

This is where it gets weird.

“In all six instances where a coin toss was used to determine the winner of the delegate, Hillary Clinton won over Sen. Bernie Sanders.”

In a single coin toss, the probability of calling the toss correctly is 50 percent, or one in two. Heads or tails.

But the probably of winning every flip out of six flips is one in 64, or 1.56 percent.

TheBlaze did the math about the outcome of those coin flips and their significance in the final result. “Clinton’s final delegate count was 699.57, according to the Iowa Democratic Party. Sanders’ was 695.49,” The Blaze reported. “If Sanders had won even half of the coin tosses and split the six delegates three and three with Clinton, he would have finished at 698.49 delegates to Clinton’s 696.57.”

“Sanders Would Have Won!” 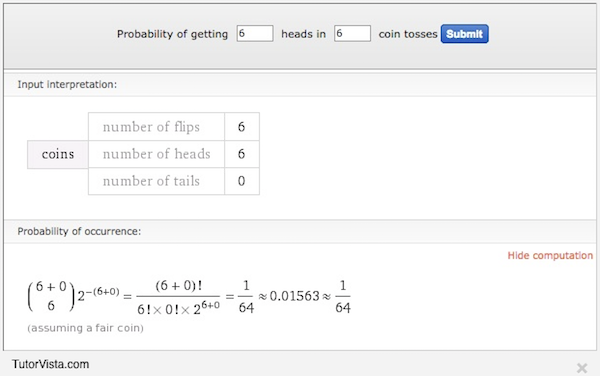 “If any human involvement occurs in an election, the Clintons will find a way to corrupt it.”