Clinton investigation email which was first released in May included a batch of Hillary Clinton server emails delivered to the Benghazi investigation team. Several of the emails sent to Clinton’s private address revealed Stevens’ location and the details of his plans while he was stationed in what would prove to be the most dangerous embassy in the world for an American diplomat.

Stevens was killed alongside two former Navy SEALs, Glen Doherty and Tyrone Woods, and State Department computer expert Sean Smith in the Sept. 11 attack on an American Embassy in Benghazi. Weeks before his death, Doherty told ABC News he had been in Libya working with the State Department to track down thousands of dangerous surface-to-air missiles that had been looted during last year’s revolution.

According to Breitbart, the April 10, 2011, email from State Department employee Timmy Davis was forwarded to the server by Clinton’s aide, Huma Abedin while Stevens was the U.S. envoy to the Libyan rebels. Davis’ email read:

“The situation in Ajdabiyah has worsened to the point where Stevens is considering departure from Benghazi. The envoy’s delegation is currently doing a phased checkout (paying the hotel bills, moving some comms to the boat, etc). He will monitor the situation to see if it deteriorates further, but no decision has been made on departure. He will wait 2-3 more hours, then revisit the decision on departure.” 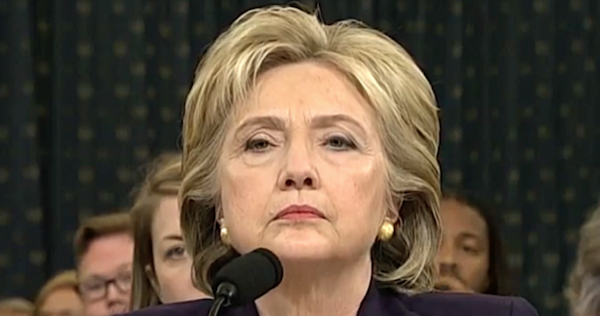 The following excerpts exposing Ambassador Stevens location and plans are from emails that were available to anyone who hacked into Hillary Clinton’s private unsecured server:

In March of 2011, an email stated, “The current game plan is for Mr. Stevens to move no later than Wednesday from Malta to Benghazi. He will stage offshore initially for a one day visit during which he will have meetings with TNC (Transitional National Council) interlocutors and get a sense of the situation on the ground. The goal of this one day trip is for him to lay the groundwork for a stay of up to 30 days.”

Then, on April 8, another email reported that the, “security situation in Benghazi remains quiet. Chris Stevens & team are in the hotel, moving only for meetings as required.”

An April 22, email revealed details of  Stevens’ travel plans: “I want to let you know about a temporary rotation in Benghazi. TNC Envoy Chris Stevens has been on the road since March 13, when he began his outreach mission, and has been in Benghazi since April 5.”

Then, on April 24, an email revealed the exact time and location a concerned Ambassador Stevens would be having a meeting:

“Stevens will be meeting with MFA in one hour and will make a written request for better security at the hotel and for better security-related coordination. He still feels comfortable in the hotel. They are looking into the idea of moving into a villa, but that is some way off.”

We will probably never know how much information terrorists were able to obtain from Hillary Clinton’s non-secure personal server, especially given the subterfuge that Clinton has engaged in to make sure the truth is never known. Her summary?

“What Difference Does It Make?”

This is the woman that is running for President of the United States of America?