“We Are Talking About A Regime In Turkey That Is Getting More And More Irrational And Out Of Control, Anything Can Happen.”

As the middle East heats up, Turkish President Tayyip Erdogan claims that his country has every right to conduct military operations in Syria. Syrian President Bashar Assad doesn’t agree.

“When it comes to fighting threats, Turkey holds the right to conduct any operation that is necessary in Syria, or anywhere that breeds terrorism. No one can restrict our right to self-defense or prevent us from exercising it,” said Erdogan. 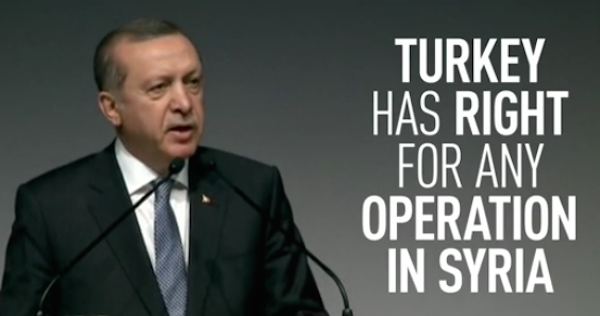 Erdogan shared his position as his Turkish military started to shell Kurdish positions in Syria earlier this month. Erdogan went on to say that he has his own plans in the region and he has his ambitions regarding Syria. But he said you must realize that these ambitions can vanish due to the involvement of our Russian friends. Of the conflict one analysts said:

“Therefore it’s in disarray and it seems that he’s paralyzed and is making one last attempt to get at least something for himself and his government’s party. This is his final attempt to take something that he planned to from Syria.”
This footage shows mortars being fired at Kurdish positions across the border in Syria. It was not only the Kurds who were targeted, according to Damascus Syrian army units were hit too. Turkey insists it was retaliating after attacks on its border. Syria sent its protest to the United Nations. 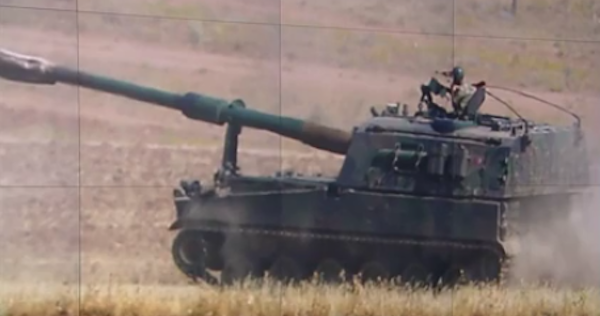 “We’re going to deal with them like we deal with the terrorists, were going to defend our country.”
Assad went on to say, “This is aggression. They don’t have any right to interfere politically or militarily in Syria.  This is a breach of international law and as Syrian citizens the only option we have is to fight and defend.”
Western leaders including top officials from America and France have urged Turkey to stop the cross-border fire. Despite the United Nations Security Council feel two resolutions submitted by Russia calling and I agree to halt its bombardment. 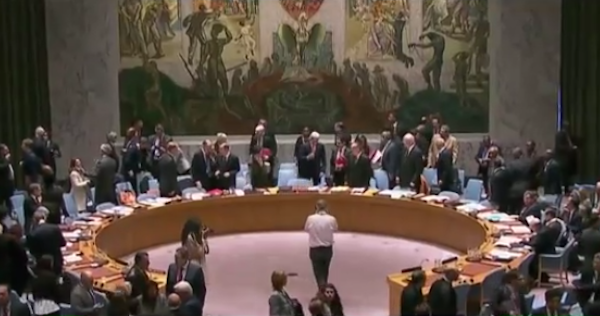 The American ambassador to the UN called the quote ‘Moscow’s attempt to distract the world from its involvement in the Syrian war. When we spoke with Michael Opperskalsky, an expert on international affairs, he said more pressure needs to be put on Turkey, and he stated:

“There’s very little international pressure, so this is giving them the impression at the moment that they could behave as they like. They are trying to dictate on Mrs. Merkel using the weak situation because of the refugee crisis situation is the same in other European countries. So we are talking about a regime in Turkey that is getting more and more irrational and out of control, anything can happen.”

VIDEO: Turkey Claims Every Right To Start Military Invasion Of Any Nation They Want