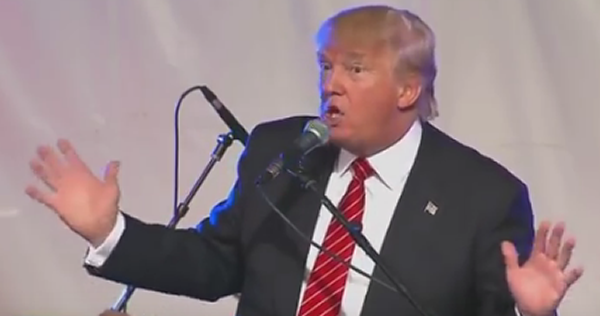 As the New Hampshire primary will tell us who’s ahead in each party, we’re still approximately only in the middle of the first inning. The election remains still almost anybody’s race.

But even after the last vote is tallied, to paraphrase one of the infamous candidates and apply the statement to a slightly different context, ‘what difference will it make, anyway.’

At this point, we’ve had a dozen debates and two primaries. Yet, there has been hardly a minute spent on fundamental economic issues that affect everyone and which, if intelligently addressed, would re-cast virtually every diversion that has dominated the campaign thus far, including immigration, healthcare and, especially, jobs.

As the campaign circus moves from one ring to the next, we’re seeing the end of an economic era that none of the political candidates address. Whether it’s because they’re schooled not to mention it or whether they’re incapable of addressing it because they don’t understand it themselves or whether they don’t believe the average American voter has the intelligence to understand what it means, the elephant in the room is avoided like the plague.

In an interview with Bloomberg, economist David Stockman noted one of the country’s critical problems is that the central bank is out of control destroying savers. Perhaps along with destroying savers, the whole concept of saving and the economic underpinnings that enabled America to become the greatest country on earth, as well.

According to Stockman, “Savers in this country are being destroyed while gamblers on Wall Street are making massive windfall gains. We do have a huge income distribution problem. We do have a financial system that’s allocating capital only to secondary speculation. There is no ‘real’ investment. We do have $19 trillion in national debt and they’re doing nothing about it. And most of the Republicans want to ‘raise the fence’ and pretend Social Security [problem] doesn’t exist.”

“We’re facing the end of an era in which central banks printed money, injected liquidities, supported markets, manipulated and intruded in the pricing of financial assets like never before. They’ve created a massive credit expansion in the world that’s stopping.”

“The central banks are out of options. The market is rejecting the Fed’s overture to raise interest rates.”

“Government and Wall Street economists are misled by the lagging and phony employment numbers that are put out by the Bureau of Labor Statistics every month.”

“The amount employers pay to Uncle Sam daily in payroll tax withholding has turned negative. On a real basis after inflation, this rate is running negative 4.5 percent.”

When government and Wall Street economists claim there is ample liquidity to backstop their financial follies, they mean they will mortgage the future to bail out those institutions that are too big to allow to fail. Your futures, your children’s, your grandchildren’s and beyond.

Less than two generations ago, the average American would have considered his unconscionable, if not criminal.

Those who are locked in unwavering support for their candidate, be it Clinton, Cruz or Sanders, or Trump, deny their chosen one could possibly lose. They also hopefully, if not naively, believe that their candidate, once in office, will miraculously unlock the stuck-in-the-muck wheels of government and get it working again when there is no evidence that it even wants to work or the citizens really, actually want it to work.

If voters want to really fix the country, the solution will not be in who they send to Washington D.C. to be the next to fail at being their savior.

The solution will be in how much control they take away from Washington D.C. and bring back to the local level where it belongs.