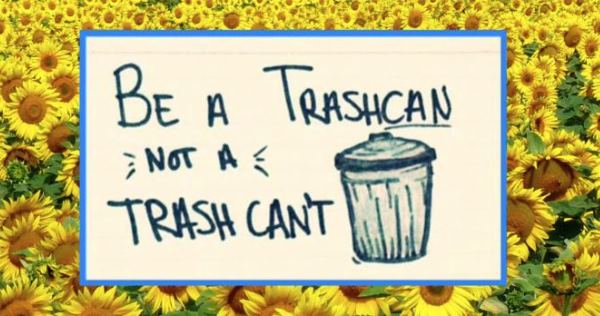 By now, most people are probably aware of the latest stupidity trending on social media. If not, to briefly recap, on Friday a spoiled brat named Talia Jane told her boss to f-off via an open letter on medium.com and, surprise of surprises, got the ax. This is the kind of thing that should just be ignored (like most of the idiocy hogging the blogosphere and the twittersphere and the Trumposphere) but, then, what would we talk about? (John Locke? Rene Descarte? Heck, I’d even settle for some Robspierre at this point.) Unfortunately, the idiocy in this nation has reached such a fever pitch that one must address it, and address it daily, before we all wake up one day to find a reality TV star in the White House. (Crap! What’s the date today?)

Talia Jane’s letters are so full of irony, if this wasn’t the year 2016 and millennials weren’t sucking up half the air in this country and supporting, rather unironically, someone who was the 60’s answer to Millennialism that I’d think it was ripped from the pages of the Onion. (Or maybe Talia Jane really is that good and we’ve all been had.)

I won’t even touch on her name being Talia Jane or that her avatar is a crass attempt at being artsy. Those things are pretty much par for the course these days and a sad indication on just how far we’ve come. I will start with her description though. Talia Jane is into “comedy – writing – better at thinking about things than actually doing them.” Mmm. Doesn’t that last bit just encapsulate the millennial generation perfectly. No more honest a phrase has ever been written by anyone. And guess what, Talia Jane, I completely #feelya. See, I love to write too, and writers, by nature, are thinkers, not doers. But one need not look any further than Ernest Hemingway or Ian Fleming to realize that even writers need to “do” if for no other reason than to have something to write about. If not, then they end up like Lenin (or Lennon for that matter) writing about struggles they only think they know, as is the case with our dear Talia Jane.

Talia Jane’s tragic story was doomed almost from the beginning. Firstly, she was using hashtags way back in the 90’s. Secondly, at that impressionable age of eight, she somehow got the notion that “having a car and a credit card and my own apartment” were “what it means to be an adult.” Maybe on Friends or Seinfeld, but not in real life.

Let me tell you about being an adult, Talia Jane; it’s not all it’s cracked up to be; except when it is and those are the times they never told you about when you were eight years old, listening to “Spice Girls and owning a pager.” (As an aside, I think the real tragedy in all this is that the poor young Talia Jane only dreamed of owning a pager; her mother clearly being too much of an ogre to give her a cell phone. #QuelleHorreur!)

It seems, sadly, that since the end of the Second World War, every generation, in an effort to give their children everything they wanted, gave them everything except what they needed. And who wouldn’t want the very best for their kids? Talia Jane doesn’t know this yet, but none of us take joy in telling our three-year-old that he can’t have a treat because he didn’t have his dinner, or that five minutes (which was probably five minutes more than we should have given in the first place) really means five minutes. But we do it nonetheless because we know, if we don’t, the child will grow up without any respect for himself or anyone else and join the masses of folks “feeling the Bern” or worse, setting fire to their own cities as a way to air their grievances.

You see, Talia Jane was brought up to dream big dreams but not to do the hard work that goes in to achieving them or to realize that some dreams are actually nightmares once reached. (San Francisco isn’t all that hip and trendy when it’s Oakland, is it, Talia Jane?) It’s unfortunate that Talia Jane had to learn the hard way that “a car and a credit card and an apartment would all be symbols of stress, not success” but it’s even more unfortunate that she hasn’t learned that her stress is of her own making. What Talia Jane doesn’t realize yet, is that she can take her grandfather’s beater car and that 10 pound bag of rice and make for somewhere her dollar goes farther (and the government takes less of it in taxes, ironically). Of course, she might have to talk to some Republicans (#QuelleHorreur!), but such is the price of freedom.

Talia Jane, before she bit the hand that fed her, had a car, an apartment, a college degree, a job, and all the free coconut water, pistachio nuts, and bread she could eat while at work. Heck, at my job, all we get is coffee, tea, and hot chocolate. And Talia Jane’s job involved sitting on her privileged rear-end answering phone calls from other privileged rear-ends who apparently had to wait more than 30-minutes for their lamb vindaloo. Clean the fryers at the Bombay Grill at midnight then get back to me, Talia Jane.

Now free from her corporate overlords, Talia Jane’s decided she wants to do something constructive with her new found fame (this at the urging of her Rotarian grandfather;” good on ya, pops,” although action without knowledge can be a very dangerous thing, so maybe I should hold off on the praise). Her new raison d’etre? You might have guessed it by now; a “living wage” for all! (Can’t she just get a realty show on E?)

She writes “call me entitled [really, can I?!] but I don’t think you should be barred from growing and exploring and taking risks because your income isn’t in proportion with the cost of living in your area.”

Oh, Talia Jane, I really hate to break this to you, but if life were all unicorns and lollipops then it wouldn’t be a risk. I’ll leave you with this, you want to help the working poor? Get a new job, work your way up in the ranks to a point where you have a little disposable income, then join Rotary like your grandfather and give of your own time and treasure; my guess is Jeremy Stoppelman is already contributing more than his fair share.