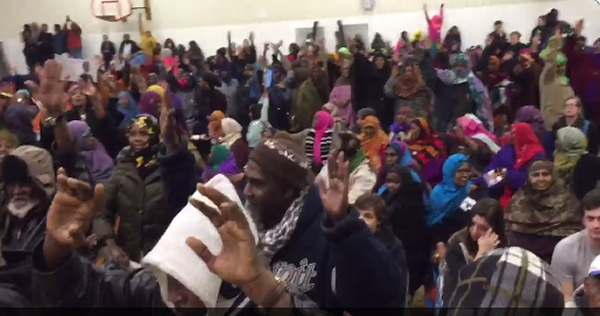 Minnesota StarTribune Eric Roper attended a caucus for Minnesota House District 60B at the Brian Coyle Center in Minneapolis, but could only a file a report expressing awe and dumbfounded confusion.

Roper issued series of tweets from the event that provide a fascinating glimpse into America 2016. All speeches and proceedings were conducted in Somali for the Somalians in attendance. 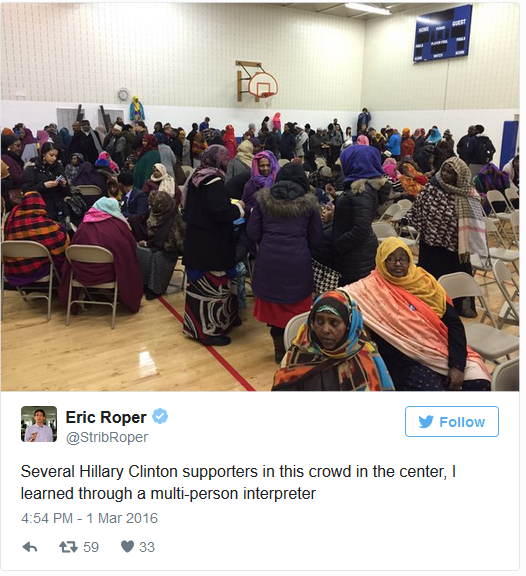 Roper required an interpreter to learn there were people in the room who supported Hillary Clinton. 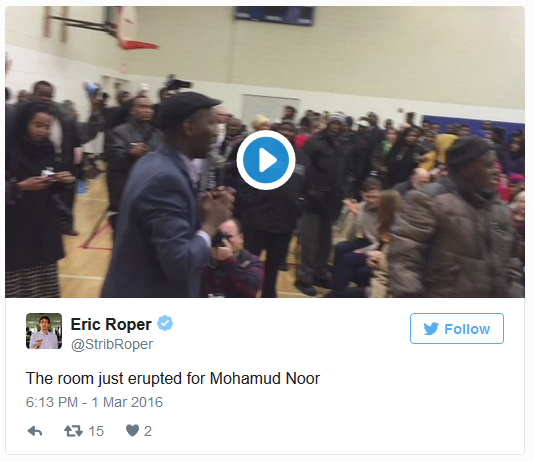 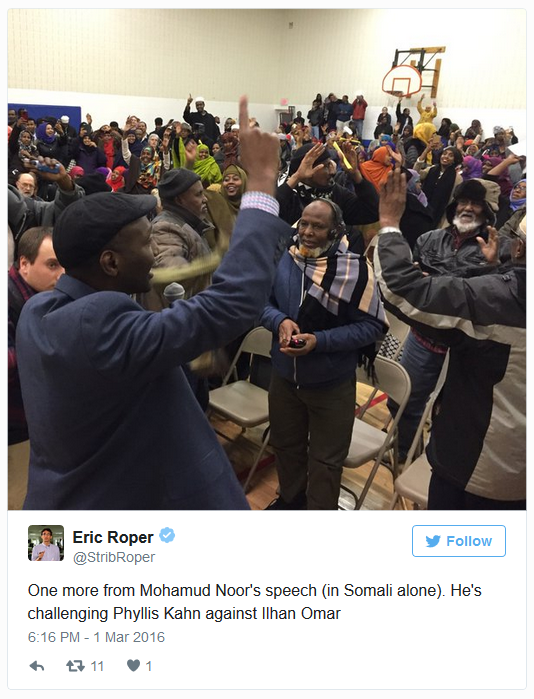 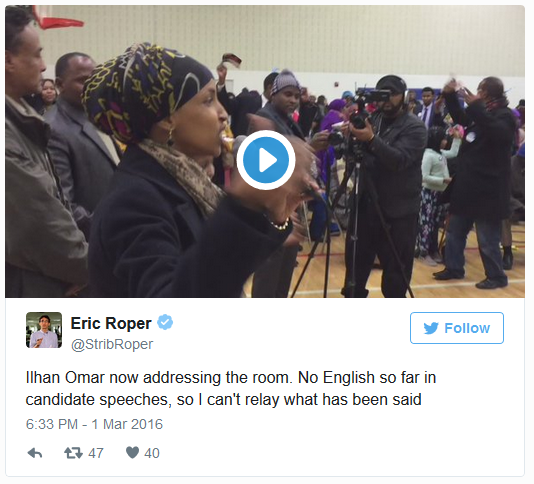 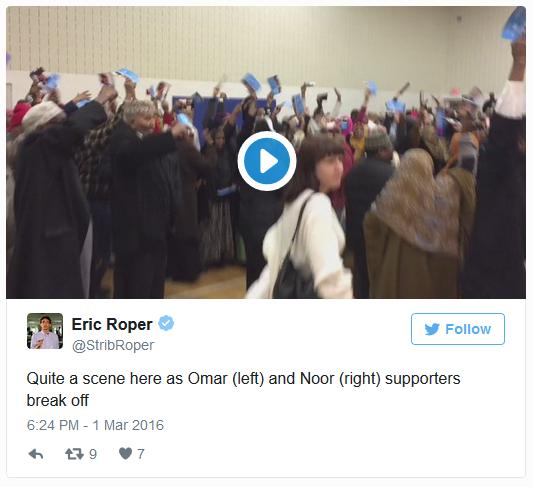 Three speeches were given in Somali by Ilhan Omar, Mohamud Noor and Phyllis Kahn.

This is a refugee group that has petitioned city government for food benefits that meet halal standards in accordance with Sharia law and have many who prefer to live by Sharia law in their community rather than the laws of the country in which they reside.