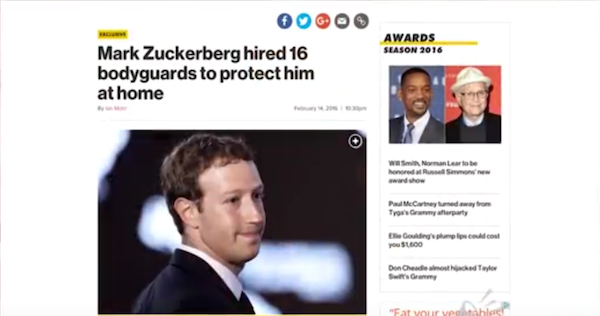 NO GUNS! (for anybody else)

But this is the norm, not the exception. Ask Zuckerberg, Clinton, Bloomberg, Obama or any leading anti-second amendment advocate to give up their own personal armed contingency and they will look at you like your are crazy. Somehow they think it’s okay to protect themselves with guns, but it’s not okay for anybody else. I just don’t get it?

Mark Zuckerberg, the CEO of Facebook, has increased his security detail. He now has 16 private ARMED guards protecting his home. A logical precaution as his estimated net worth is a staggering $35 billion. That alone makes him a target.

And he’s spending his own money — unlike politicians who have ARMED taxpayers provide security protecting them.

But just last month, Facebook banned private firearms sales, even though they are perfectly legal. Because Zuckerberg, a San Francisco liberal, doesn’t feel right about it. 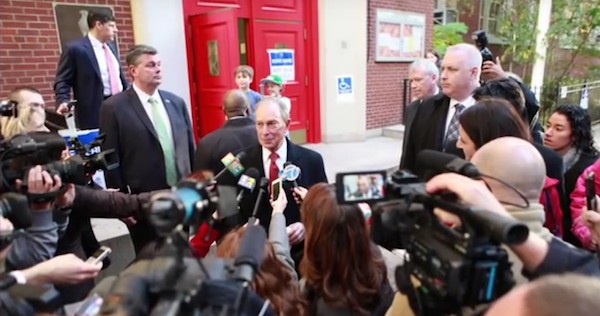 “It’s just like America’s biggest anti-gun scold, former New York mayor Michael Bloomberg, another multi-billionaire — with 12 bodyguards. Yet he’s spent millions of dollars lobbying to ban guns — for everyone else.”

In the video, Ezra Levant criticizes progressive hypocrite Mark Zuckerberg, as the billionaire beefs up his private armed security detail — right after banning legal private guns sales on Facebook. But, he says, there’s one more thing:

They seem to have forgotten that about 80 years ago a German leader named Hitler, banned Jews from owning firearms.  We all know how that went. He goes on to tell us:

“There was one famous battle, in Poland, the Warsaw Uprising, when Jews in the ghetto, sensing they were all about to be murdered anyways, smuggled in guns, and launched a rebellion. It was ultimately crushed. But it was a rare moment when Jews didn’t go quietly to the slaughter.” 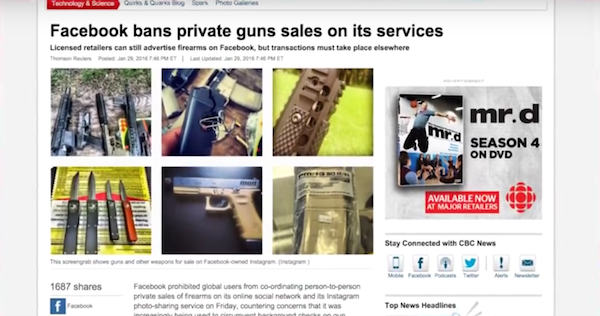 Levant closes saying, “I admire Bloomberg and Zuckerberg for not wanting to be unarmed. I just wish they’d let the rest of us do the same.”