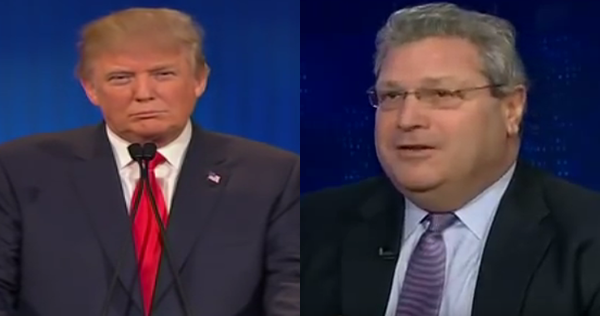 As the number one threat to the Republican establishment, presidential candidate Donald Trump, secures powerful endorsements and support and increasingly establishes himself as the probable GOP presidential nominee, key neocon manipulators extraordinaire have revealed their likely recourse to support Democrat Hillary Clinton.

This shift should not be a bone-jarring surprise. Neocon ideology has never actually been allied to a particular political party. Instead, its allegiance has been to the ideology of “American exceptionalism.”

The Democratic Party was the home to neoconservatives in the 1960s. Recall America’s involvement in Vietnam that began under President Kennedy and escalated under President Johnson. Neocons gravitated to the right in response to an adversarial shift in the Democrat Party that gathered strength during Democrat George McGovern’s campaign for the presidency and continued through President Carter’s term. President Reagan embraced their ideology – American exceptionalism – leveraging it to increase the military and launch aggressive foreign policies to bring down the Berlin Wall and the Soviet Union. When George H.W. Bush became president, the neocon’s move to the right was complete.

But the focus on the right began to shift more toward domestic issues, especially following the fiscal follies of 2007-2009, to get the country back on a sounder financial track. Beginning with the Tea Party movement to Trump’s followers in the current campaign, the focus is inward, nationalistic, hardly concerned with regime change and nation building abroad, but clear about drawing a hard line at our borders.

The GOP frontrunner, Donald Trump, seems predisposed to avoid foreign entanglements and instead heeds the recommendation of John Quincy Adams and not go “abroad, in search of monsters to destroy.” This change within the Republican Party is tantamount to what occurred within the Democrat Party in the 1970s beginning with McGovern. The neocons have seen the writing on the wall and made preparations.

That the presumed Democratic nominee might provide a new home for neocons is not as outlandish as it might sound. Neocon rhetoric in 2016 has a new, more highly refined voice in historian Robert Kagan.

Also, Hillary Clinton’s record shows she’s aligned with supporting the neocon agenda. Mrs Clinton voted for the war in Iraq. She supported sending arms to the Syrian rebels. She strongly backs Israel. She’s said Russia’s President Putin is today’s Hitler. She stresses the importance of democracy. The profit registers of the neocon-led military-industrial complex are ready to ring ‘cha-ching.’

Should The Donald, with his preference for America to tend to its own knitting and not engage in hopeless foreign wars, be named the Republican nominee and Hillary Clinton become the Democratic one, look for the neocons to slither back to the land of their ancestors.