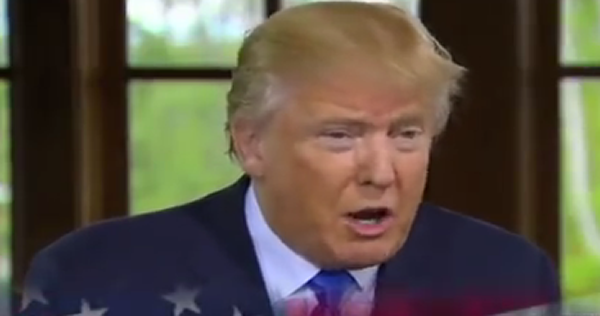 Republican presidential candidate Donald J. Trump has put forth almost innumerable wild statements and claims in the campaign for the White House.

As Trump would agree, there are some things you might prefer to NOT be number 1 in.

On several stops on the campaign trail, Trump has said of the United States, “we’re the highest taxed country in the world.” He’s right and it’s killing us!

Among the 34 industrialized nations that comprise the Organization for Economic Cooperation and Development (OECD), the United States of America owns the dubious distinction of having the highest tax rate at 39.1%.

According to the OECD, the United States has the third highest general top marginal corporate income tax rate among 163 nations at 39.1%. It is surpassed by the United Arab Emirates at 55% and Chad at 40%.

The average for all 163 countries and tax jurisdictions is 22.6%, or 30.6% when weighted by gross domestic product. Ten of the 163 countries do not even have a corporate income tax.

It is noteworthy that corporate income tax rates have declined in the past decade across the globe. In 2004, the worldwide average was 29.5%. By 2014, the rate had dropped by 7 percentage points to 22.6%.

The United States, which makes up about 25% of global GDP, has maintained a constant 39.1%. The global average weighted for GDP is 30.6% because the U.S. comprises such a large percentage of GDP.

Taxes in Asia, which has enjoyed dynamic growth during this same period, have had the average top marginal corporate tax rates decline over 10 percentage points from 31.2% in 2004 to 20.8% in 2014.

So why should you or anyone care about any of this?

A country’s tax code and economy determine its attractiveness for investment. As the remainder of the global economies mature and become more attractive due to lower taxes and less regulation, the United States loses its relative competitive advantage because of its higher corporate income tax rate.