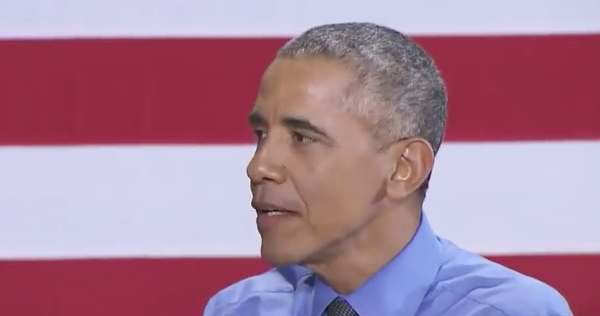 How ObamaCare Is Buckling Under The Weight Of Reality

“The number of new enrollees into the healthcare system is cratering”

Obamacare has survived countless attempts at repeal in Congress and two trips to the Supreme Court. President Obama has said his signature health care law is here to stay, but that may not be true if Republicans take the White House in the 2016 election as many of the GOP presidential candidates say they’ll repeal or greatly revise the Affordable Care Act.

Obamacare is on a crash course, it has been since it’s inception, and the Obama administration knew it. They new there would be no $2,500 savings per family, they knew we could not keep our doctors, and they knew that it would cost far more than they told us. They also knew that the American people would not have supported it had they been told the truth.

If you doubt this watch the American Commitment video where Obamacare’s architects Jonathan Gruber admits a “lack of transparency is a huge political advantage.” He was paid $400,00 to help the Obama administration and congressional Democrats pass the Affordable Care Act. Remember when he got caught saying:

“Lack of transparency is a huge political advantage,” says the MIT economist hired to help write Obamacare. “And basically, call it the stupidity of the American voter or whatever, but basically that was really, really critical for the thing to pass.”

Now the Congressional Budget Office estimated that health reform will require $1.2 Trillion in new taxes to help pay for expanding health insurance without adding to the deficit.

To make matters worse, the nonpartisan congressional budget office now says there will only be 13 million exchange enrollees, down 8 million from the original forecast. This is a decline of 40% below expectations while spending on federal health care programs continues to rise.

Douglas Holtz-Eakin, Former Congressional Budget Office Director tells us that CBO collects data, “They are suppose to explain reality and this is completely at odds with the fantasyland we’re seeing the Democrat party telling us.”

While millions have signed up for Obamacare, they were hoping for the young, relatively healthy clients. Unfortunately, too few have signed up despite the potential fines for being uninsured. Most new enrollees are older, poorer and therefore more expensive to cover.

“We’ve covered more people, but at what price? These are extraordinary expensive policies,” said Holtz-Eakin.

“The CBO Basically Tells Us We Are Headed Into Seas Of Red Ink.”

CBO estimate indicate that during 2016 the number of people receiving federal subsidies will rise to 11 million, up from 8 million in 2015. The two provisions projected to raise the most new revenue for health care reform are the additional 0.9% Medicare tax and the 3.8% levy on investment income. Both apply to individuals earning more than $200,000 and couples making more than $250,000.