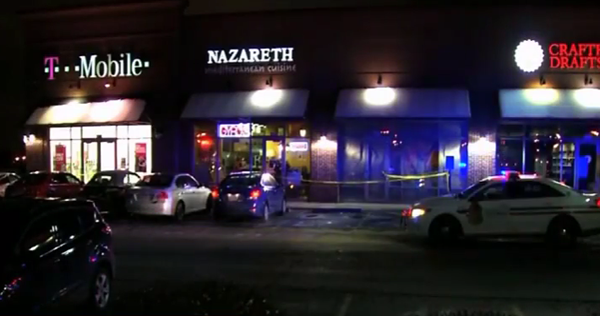 A peaceful dinner at the Nazareth Restaurant and Deli instantly turned into a nightmare as a man walked in and started slashing customers with a machete after 6:00 PM.

The suspect had entered the Nazareth Restaurant and Deli, in Columbus, Ohio earlier in the day asking for the owner. When told the owner wasn’t present, he left, but returned approximately thirty minutes later and began wreaking havoc.

“He came in and started beating up on another man, I thought it was a personal thing. Then he just started down the row hitting everybody, people were bleeding,” said Karen Bass, a customer at the time who ran from the restaurant for safety.

Bass said it was like a scene from a horror movie. “He came to each table and just started hitting them. There were tables and chairs overturned there was a man on the floor bleeding, there was blood on the floor.”

One waitress on duty said, “He looked straight at me, but he went over to the booths and just started going down the booths. It all seemed to happen in slow motion.” 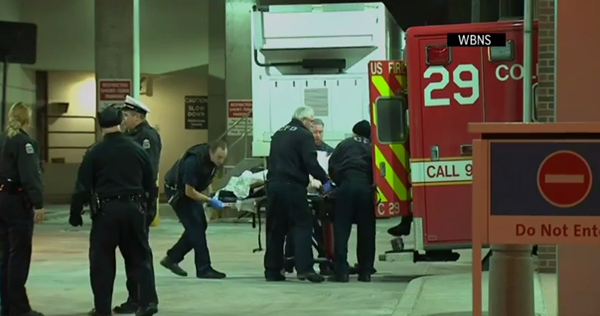 Police later reported that customers started throwing chairs at him to try to drive him out of the restaurant.

After attacking several people, the man fled in a car. Officers in pursuit attempted a PIT maneuver, which was unsuccessful. A second attempt caused the man to slam into a curb near Montclair Drive.

According to police, as officers closed in on the suspect, he exited the vehicle armed with a knife in one hand and the machete in the other. A taser gun was unsuccessful at slowing the man. He lunged across the hood of the car at the officers and was shot and killed. No officers were hurt in the incident.

The Nazareth Restaurant and Deli has been in business serving a multi-cultural clientele in Columbus for almost three decades. Near the entrance is a small Israeli flag and an Arabic greeting – “Ahlan Wa Shalan,” which means: “You are my family, take it easy.”

Police Sgt Rich Weiner said, at first, there was not “rhyme or reason who he was going after” in the attack. Police spokesman, Todd Lindgren, revealed the FBI was assisting with the investigation.

Four people were taken to the hospital for treatment. One, in critical condition, required surgery. All are expected to survive.

CBS learned the identity of the suspected attacker was Mohammad Barry. CBS News homeland security correspondent, Jeff Pegues, reported the attacker had a Somali background. Some officials believe he may have travelled to Dubai in 2012.

Although police stated “Right now there’s nothing that leads us to believe that this is anything but a random attack,” the FBI joined the investigation since law enforcement is concerned that the incident has all the hallmarks of a so-called “lone wolf” terrorist attack.