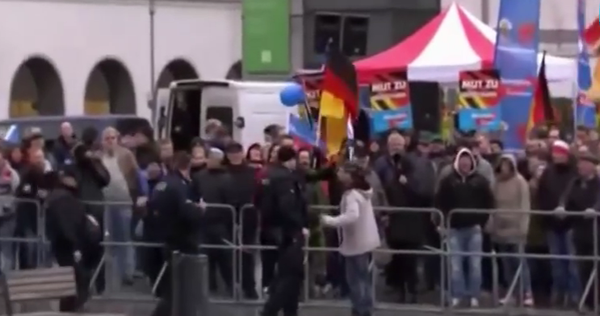 The most dire predictions have been exceeded regarding the grand mass refugee migration project undertaken in Europe. Opposition voices have increased and strengthened. And some previously idealistic leaders appear to have learned their lesson.

To avoid further isolation and placate her opposition, Germany’s Chancellor Angela Merkel has substantially altered her position on her open-door policy for refugees that allowed over 1.1 million migrants to enter the country last year.

Until recently, Merkel has resisted pressure from conservatives to cap the flow of refugee or to close the borders altogether. But as months of escalating tensions created by the migrants have reached the boiling point and 40 percent of Germans want Merkel to resign because of her refugee policy, the Chancellor appears to have engaged in serious reflection.

In a rather dramatic turnabout, Germany’s Chancellor Merkel now says that most of the refugees from Syria and Iraq will be sent home once the conflicts in those countries have ended.

“We need … to say to people that this is a temporary residential status and we expect that, once there is peace in Syria again, once IS has been defeated in Iraq, that you go back to your home country with the knowledge that you have gained,” Merkel told a regional meeting of her Christian Democratic Union (CDU) in the state of Mecklenburg-Western Pomerania.

Merkel cited precedent from the 1990s when 70 percent of the refugees who had fled to Germany form the former Yugoslavia returned to their homeland.

Internally, German leaders at the local level have said they cannot absorb any more asylum seekers. In Bavaria, the leader of the CDU’s sister party, Horst Seehofer, threatened to take the government to court if the flow of refugees isn’t halted.

Merkel seems to finally have had her eyes opened as to the extent of the problems and perhaps is re-asserting the leadership characteristics that had afforded her record high popularity ratings earlier last year.

Not only has she agreed to tighten rules for asylum seekers and to stem the influx of migrants, she has appealed to other European leaders to begin now to follow the same path and help “because the numbers need to be reduced even further and must not start to rise again, especially in spring.”

The problems with refugees are not Germany’s alone. Across Europe, the grand experiment has resulted in a clash of cultures which are fundamentally incompatible with each other. Rather than lead with their heads, European leaders fell victim to their hearts in opening their borders to the perceived refugees and they have thrown their countries into chaos and turmoil that has produced irreversible scars on the lives of their citizens.