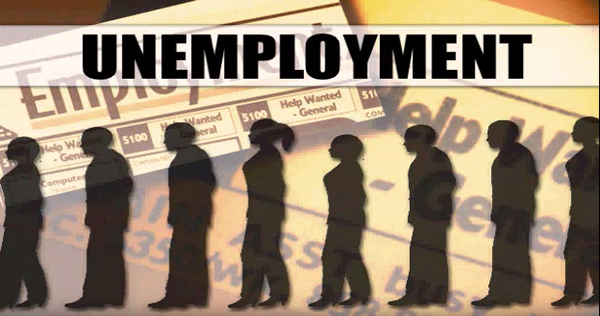 The unemployment rate has fallen below 5 percent for the first time since 2008. According to government statistics, job creation has been on a healthy pace for several quarters, with wages gradually rising as well.

Economists foresee only a 19 percent chance the U.S. economy will fall into a recession in the next 12 months. They believe the U.S. economy is strong enough to remain relatively unaffected by a possible global slump.

Yet Americans are more likely to list the economy as the country’s number one problem, with nearly a quarter Gallup poll respondents citing either the economy in general or unemployment and jobs as their top concerns.

Why the disparity between economists and voters?

Economists are not blind or deaf to the anxiety of the voters.

“I can say the economy is in good shape, but I can understand why many people are ticked off and say it’s not, because their wages haven’t grown,” noted Joel Naroff or Naroff Economic Advisers.

According to Sentier Research, during the Great Recession, household incomes sank and, on average, did not return to pre-recession levels until November 2015.

Tim Hopper, chief economists for TIAA-CREF, said, “It’s been six or seven years, and we’re only now where we should have been after two years. We have not seen the typical growth rates in income and employment.”

The chief economist at RSM, Joe Brusuelas, stated that the recovery has not been even across the country, and added that recent falling oil prices have contributed to widespread layoffs in oil-producing states.

Nonetheless, economists predict the economy will expand 2.3 percent in 2016 and 2.4 percent in 2017, which is roughly the same pace it’s enjoyed since the recession supposedly ended.

The economists point to the strong monthly jobs reports in the last two years along with the low unemployment rate as optimistic indicators that American employers will have to increase wages as they struggle to find workers.

While the economists crunch numbers from their data feeds, the pragmatic voters in the real world experience the carnage and pain first hand. They see and feel how seemingly subtle, yet profound policy shifts have dramatically impacted the lives of families and friends as well as their own.

For an example, the Wall Street Journal reported that from the end of World War II to the 1980s, the share of older Americans in the workforce fell every year. That reversed in the mid 1990s when companies shifted from traditional pension plans – which paid fixed benefits at specific retirement ages – to 401(k) savings plans, which transferred the responsibility of funding retirement to employees.

Employees made the decision how much of their income they would allocate toward their future and how much would go toward current lifestyle needs and preferences. Most 401(k) plans involve investing with exposure to the volatility and risks of the stock market. Generally saving too little and exposing it to too much risk has left too many leaving the workforce more slowly than in the past.

This has resulted in a greater potential labor supply than a 5 percent unemployment rate might imply.

As a second example, the labor force participation rate is at the lowest levels since the 1970s, which is not a positive statement on the economy. A person who is not participating in the labor force is one between the ages of 16 and 64 who is either unemployed or not actively looking for work. Perhaps they’ve given up. Perhaps they’ve retired. (Although the number of 20-year-old software genius’ who can afford to retire is the largest ever, it is not large enough to account for the 40-year lows in the labor force participation rate.)

The participation rate is an important metric to note when considering unemployment data, which reflects the number of people who are looking for jobs but unable to find work.

This reinforces the earlier assertion of a possible greater potential labor supply than a 5 percent unemployment rate might imply.

The behavior of older workers, in conjunction with those who may choose to re-enter the labor force, and how they might influence potential wage growth, are pieces of a puzzle the economists and policy makers must examine.

Wages are determined by idle and excess capacity in the economy. Wages stagnate when there are more people available than jobs.

The American people on the front lines, working or not, may be ahead of the economists on this one. They know of many who are working two or three low-paying jobs that still don’t pay enough to provide the pre-recession lifestyle.

They also know that those people don’t possess the skills required for the better paying jobs being created by the companies that are booming in the current economy.

This helps explain why voters in this election year flock to Bernie Sanders who, promises jobs rebuilding America’s aging infrastructure, and Donald Trump, who promises to bring manufacturing jobs back to the country.