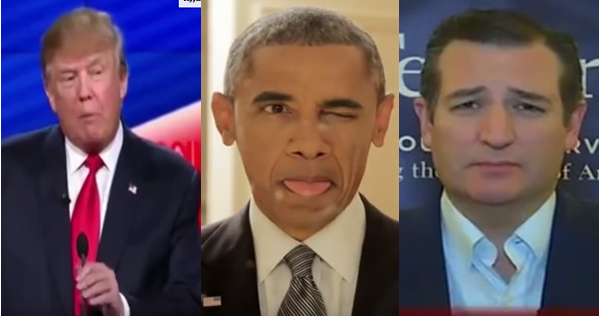 As conscientious citizens focused on the Iowa caucus to see whether Cruz would hold off Trump or Uncle Bernie would overtake Hillary, the country surpassed a rather dubious and critical milestone.

For the first time in American history, specifically on last Friday, January 29th, 2016, the United States of America surpassed the $19 TRILLION debt level.

Once upon a time, fiscally responsible conservatives might have raised their voices together, urging greater responsibility and discipline on the elected spendthrifts. Once upon a time, it might have been a high priority campaign issue. Alas, the citizens seem to no longer able to either care or make such demands.

Rather than setting debt limits to restrict government spending, Congress changed the benchmark to time and suspended the borrowing limit. Now, according to the Washington Examiner, the government borrows any amount it needs until the suspension period ends! Then they vote to raise the limit to cover the accumulated debt.

The last date drawn in the sand was last November. The debt ceiling had been frozen at $18.1 trillion for several months. The moment it was suspended, several months of back-logged borrowing demand from the government caused a jolt that increased the national debt by $339 billion in one day.

The current debt ceiling is suspended until March, 2017, under current law. This means the government can continue to borrow, unrestricted, until then.

President Obama will leave office in January of 2017, less than 12 months from now. It is expected he will depart office with a national debt level in excess of $20 TRILLION. If he’s successful, he will have shaved another month off the pace as we speed by these $1 trillion milestones.

Recently, presidential candidate Donald Trump encouraged his loyal throng to knock the crap out of any potential tomato-throwing protestors attempting to interrupt his event. How about pitching some tomatoes at those spendthrifts racking up all the debt… – it is Congress that spends the money? Better yet, vote only for candidates that present a plan you understand that reverses this trend.

Take in a dose of reality at U.S. Debt Clock.org here.