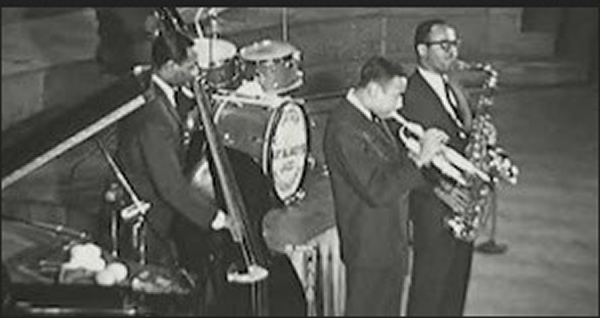 As I was driving home this evening, listening to Art Blakely push out some Moanin’ and thinking about what I wanted to write about this week, it occurred to me that jazz is really a very conservative art form; or, more aptly, a liberal art form in the classical sense of the word, that rooted in liberty and freedom. Jazz, after all, is all about freedom.

Sure, the stereotypical conservative Republican is supposed to listen to country music. And there’s nothing wrong with country music, but the genre of choice of conservatives everywhere should be jazz. Of course, country music has its roots in jazz, as all truly American genres do, but, like so much of modern music, it has become somewhat formulaic; hence, the joke about the country singer’s wife leaving him, his truck breaking down, and his dog dying. (That oft-jested theme, quite ironically when one considers it, is actually the antithesis of what it means to be conservative, at least in the sense Reagan spoke of it; as a brighter tomorrow.)

The Republican Party, which is, theoretically, supposed to be the standard bearer for the conservative cause, was formed chiefly to forward the abolitionist cause in America, which led to the freeing of millions of slaves. Jazz was born to free the souls of African-American slaves even while their bodies remained captive. (Sometimes, too, it was instrumental, no pun intended, in physical freedom as slave songs like Wade in the Water, precursors to jazz, assisted runaway slaves in their flight to freedom.)

“Jazz music objectifies America. It’s an art form that can give us a painless way of understanding ourselves. The real power of jazz and the innovation of jazz is that a group of people can come together and create art, improvised art, and can negotiate their agendas with each other and that negotiation is the art.”

Jazz is organic. All art is organic to a point, one could say. People can do whatever they want with their creations, but for most art forms there are certain rules that are generally followed. Not so with jazz, or at least jazz as it was and should be.

Moanin’ actually exemplifies this perfectly. Jazz critic Gary Giddins stated that Moanin’ “set the music world on its ear” and was “part of the funky, back to roots movement that Horace Silver, Mingus, and Ray Charles helped, in different ways, to fan.” Even the creation of Moanin’ was the result of improvisation. Pianist and composer Bobby Timmons, who was a sideman in Art Blakey’s Jazz Messengers, often played the opening eight bars between tunes and only nailed out the rest after some encouragement from fellow band member Benny Golson.

And so it is with classical liberalism, which values the individual above the collective, and freedom above rules set from on high.

Marsalis goes on in his Jazz interview to describe how he could go anywhere, strike up a conversation with some fellow jazz musicians, and create something on the spot, communicating through music. This can only be done if there’s no structure and this lack of structure is the only thing that can create something so completely unique and wonderful. Again, country music has its place, as does classical, pop, and just about anything else (sans heavy metal, which is just ear-splitting racket), but there’s nothing like jazz to make the soul come alive!

And it’s when the soul comes alive that things get done. I’ve long believed that the flaw inherent in statism is that little good can come of people being forced to an end. Feeding the poor is great (teaching the poor to feed themselves is even greater) and something that should be done in a civilized society, but a large scale government program managed from on high isn’t just inefficient, it robs society of what may be the most important part of that act; the humanity. When one is not moved by something within himself but by the point of a spear, the desired outcome will never last. Relating it back to music, how many of us hated piano lessons early on only because it was something we were forced to do but later found a love for once it was something we got to do.

America is referred to as an experiment and the scientists are we the people. Our best ideas come not from a central planner creating a one-sized-fits-all plan or bureaucrat doing something because “those are just the rules”; our best ideas come from the ground up, often from people who were told “you can’t do that” by the establishment. Jazz, too, is an experiment created first by those who were looked down upon as lower than the lowest class and even today boasts of greats that are true rags to riches stories. Now, go and create some jazz in your life, be it musical or otherwise, and don’t let anyone tell you you can’t!