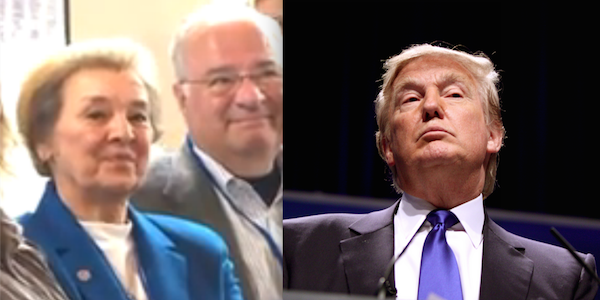 Meet The Woman Funding The Effort To Stop Trump

Of course Trump tweeted, and here is what he had to say:

“I hear the Rickets family, who own the Chicago Cubs, are secretly spending $’s against me. They better be careful, they have a lot to hide!”

The businessman and reality TV show star is no stranger to making pronouncements, predictions and threats via social media. Trump’s message apparently was in response to a USA Today story noting that Ricketts, the family matriarch who lives in Nebraska, had put $3 million into the ‘Our Principles’ PAC in January.

On Sunday, Packer said there are no plans to retreat — despite Trump’s win Saturday night in South Carolina. She said the group is identifying targets in the March 1 super Tuesday states “in which to launch aggressive efforts.”

Our Principles PAC has spent more than $3.5 million on its anti-Trump efforts so far. In an email she responded:

“We will continue to shine a bright light on Trump’s liberal statements and inconsistencies.”