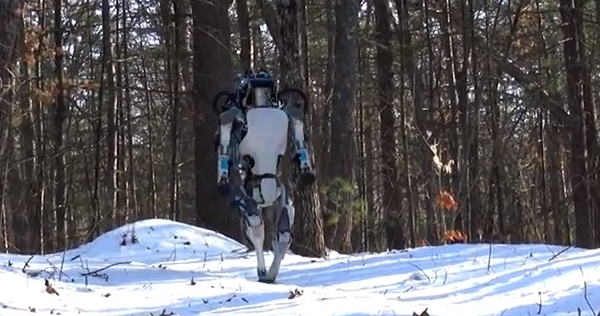 The New Atlas Humanoid Robot Is A Chilling Peek Into Man’s Eventual Extinction.

I don’t feel sorry for a vending machine when a disgruntled customer is pounding away on it. I doesn’t seem unkind when a car is smashed it into a block at the wrecking yard. Yet somehow I fell an odd sense of sorry for this machine when they trip it to the floor. I feel like they are being cruel when they slide the box away just as it is about to pick it up. It even seems that it should be he or she, not it, like all the other machinery that surrounds us. 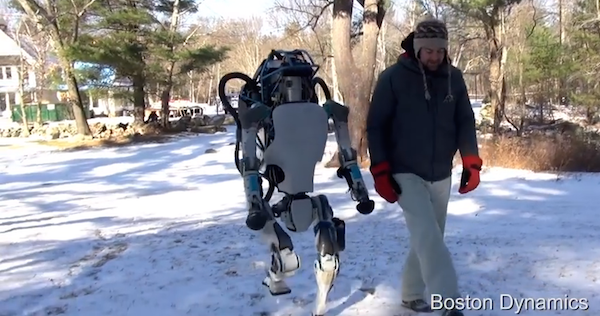 What is it that evokes this feeling? How can empathy be felt toward a machine? Maybe it’s that this machine is coming very close to doing what I do; walking in the snow, putting boxes on the shelf, and standing back up when it falls down.

Could it be that as it approaches humanism we will feel a sense of humanity toward it which it is incapable of feeling in return. Is it possible that it is just that lack of humanity it feels toward us that brings about our ultimate demise? 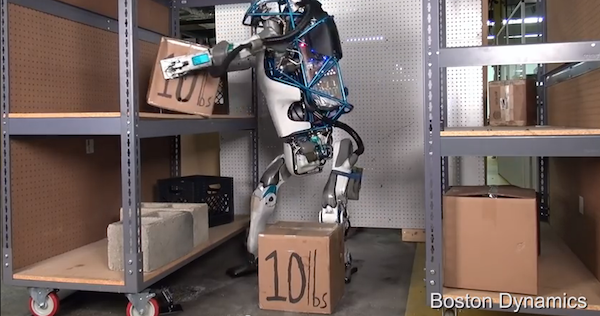 A new version of Atlas, designed to operate outdoors and inside buildings. It is specialized for mobile manipulation. It is electrically powered and hydraulically actuated. It uses sensors in its body and legs to balance and LIDAR and stereo sensors in its head to avoid obstacles, assess the terrain, help with navigation and manipulate objects. This version of Atlas is about 5′ 9″ tall (about a head shorter than the DRC Atlas) and weighs 180 lbs.