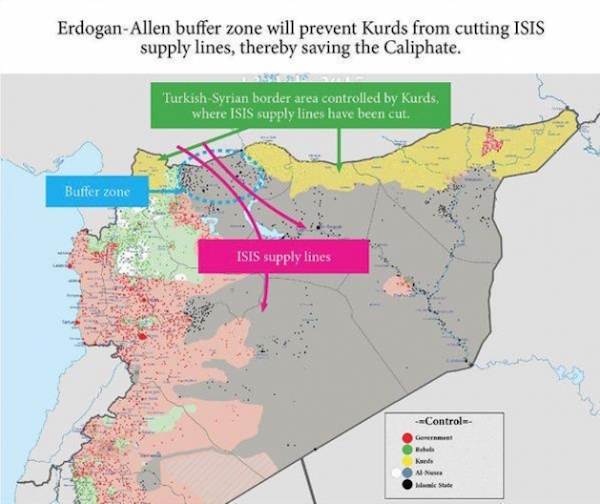 The Stakes Are High! Military Forces From Around The World Are Preparing For Battle As Turkey and Syria Go To War.

FIGHTING HAS BEGUN! Turkey Shelling into Syria; Attacking Syrian Arab Army and border of Russian Base in Latakia.

According to Jewsnews, those positions are held by the Syrian Arab Army (legitimate, duly-elected government of Syria) and are NOT being aimed at ISIS terrorists! These are direct attacks by Turkey upon the lawful government forces of Syria.

With their rebel allies falling to the legitimate government of Syria, Turkey has now begun shelling Syria to aid their Rebel forces and ISIS Terrorists.

Sources on the ground inside Syria claim that the Turks began an intense artillery assault at about 6:00 AM eastern US time today.  Turkey is also said to be targeting the Kurdish YPG. 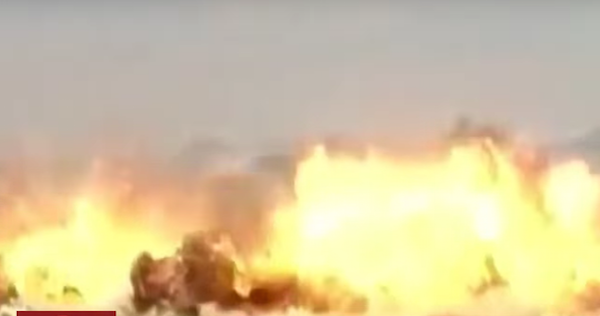 It is unclear at this time, whether the YPG is supporting Bashar Assad and his officially elected government, but it is clear that the YPG has directly attacked and destroyed ISIS in the past. At this point it appears that the YPG are being attacked by Turkey for supporting Assad!

Russia Prime Minister Dmitry Medvedev has warned US and Arab Countries Not to Dare Enter Syria With Armies threatening:

If Russia initiates an offensive against Turkey, even though they may have the legitimate right to do so, Turkey will undoubtedly appeal to NATO for support. Having been “attacked” they will try to invoke Article 5 of the NATO self-defense agreement. That would require NATO to come to the defense of Turkey, thus engaging Russia directly.

One intelligence source in the US said, “This Has Disaster Written All Over It.”

UPDATE:  1:56 PM Eastern US Time,  13 February 2016 — Stratfor is now confirming Russia has dispatched a ship to the Mediterranean, to deliver Nuclear-Tipped Cruise Missiles.

UPDATE: 2:45 PM Eastern US Time — UK military members told to cancel all plans and all leave, prepare for deployment to Syria!

UPDATE:  2:49 PM Eastern US Time — Turkish Military Artillery Forces have just begun yet another barrage of artillery fire into Syria; this one is directly targeting the Syrian Arab Army and is a direct attack upon the lawful government of Syria —  Turkey is now levying war upon Syria.  Turkey attacked first. Turkey cannot expect to be able to invoke NATO Article 5 because Turkey attacked first. 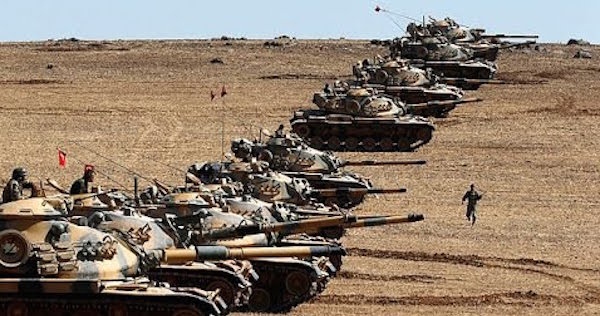 UPDATE:  2:58 PM Eastern US Time — A fleet of Russian Antonov-124 cargo planes (the largest cargo planes in the world) have begun arriving in Syria carrying Russian Tanks, Nuclear-tipped artillery shells and other major weaponry. Within the last 90 minutes, two of these massive cargo aircraft have landed and are unloading.  Other Antoniv’s can be seen circling under protection from Russian fighter jets.

UPDATE: 4:01 PM Eastern US Time — According to CNN, The Foreign Minister of Saudi Arabia announced: “Assad will leave — have no doubt about it. He will either leave by a political process or he will be removed by force.”

UPDATE: 10:01 AM Eastern US Time — According to The Guardian, Saudi Arabia said it was preparing to launch what it described as the largest military exercise ever conducted in the Middle East, dubbed Northern Thunder, featuring 20 allied Arab and Muslim countries.