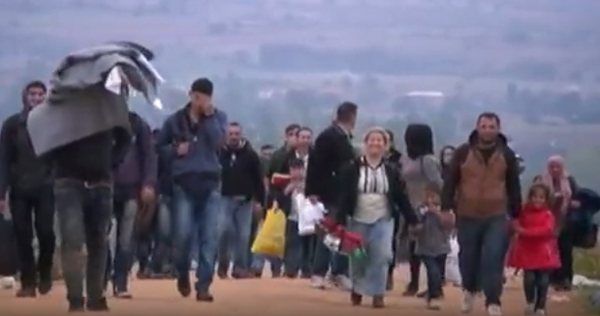 Based on the number of accommodations that have been made available across the country for immigrants, over 130,000 – or more than 13% of the total who arrived in Germany are no longer accounted for.

The government confirmed this figure to the Bundestag parliament on Thursday.

Frank-Jurgen Weise, head of Germany’s migration office, also acknowledged that approximately 400,000 people are in the country whose identities are unknown to government authorities.

The German government has passed a series of tighter, new laws on asylum that will go to the upper house of parliament for ratification.

Although this legislation is designed to speed up asylum processes, it will make it easier to deport those asylum seekers who have been denied the right to settle in the country and also make them wait up to two years before family members may join them in Germany.

Coordination and cooperation between European ‘safe’ countries responsible for the refugees when they first arrived in Europe has literally disintegrated as large numbers of refugees wander underground across the continent.

In January, over 21 times more migrants than in January 2015 arrived in Greece with the intent to move on toward Europe. Germans have been advised to prepare for as many as 2.6 million more migrants to settle in the country by 2020.
h/t DailyMail