Whatever That Is In The Sky, I Certainly Wouldn’t Shoot At It!

ISIS Shoots At U.S. Helicopter, The Response Is Instant

The thing in the sky is a U.S. military helicopter loaded for bear. As the chopper surveys the area, overzealous ISIS idiots keep shooting at it. The problem is, for them, that the chopper can see them fire and instantly returns a volley of ballistics that annihilates everything within the world they know. You would think they would figure out that firing on this military behemoth is not a very good idea, but fire away they do. The result is the same every time . . . maybe it’s the pathway to their virgins in the sky? Nothing else makes sense. 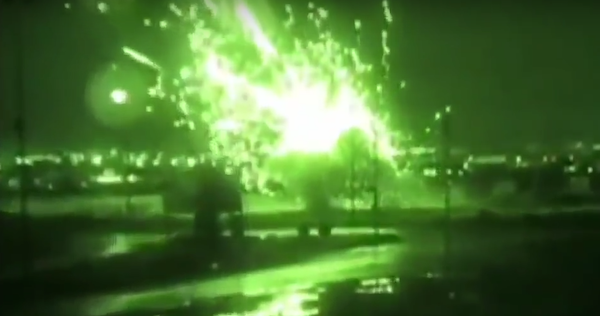 VIDEO: ISIS Gets Their Ass Kicked . . . But They Keep On Shooting?