The mummified body of a German adventurer has been discovered on his abandoned yacht which silently drifted around the world for years.

The man who appears to have been trying to make a desperate mayday call has been identified as German adventurer Manfred Fritz Bajorat, a German national. 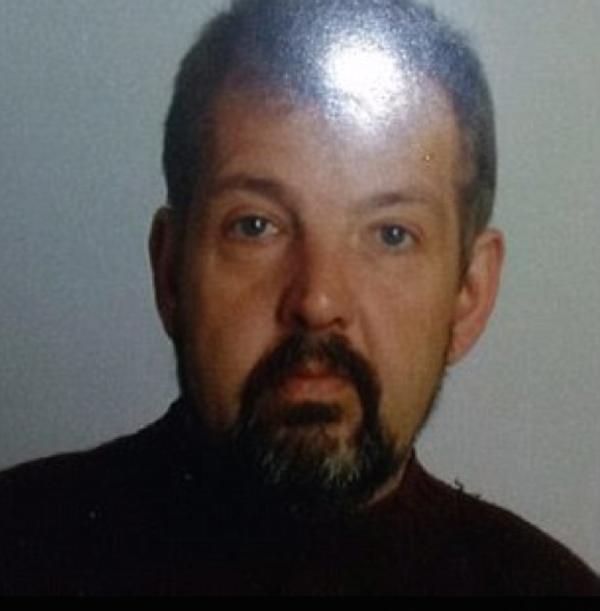 He was found by two Barobo fishermen when they saw a white boat with a broken sail floating in the ocean near Surigao del Sur province about 50 miles from the Philippines. He was sitting near the radio telephone on the 40ft yacht named Sayo as if he was trying to make one last desperate mayday call.

The two fishermen spotted the drifting yacht and climbed on board where they found the body, photo albums, clothes and tins of food strewn all over. The mast of the boat was broken but it is not clear if this happened before or after his death.

The gray corpse which was preserved by dry ocean winds, hot temperatures and the salty air still sat at a desk with radio equipment on the forty foot yacht named Sayo which was partially submerged. 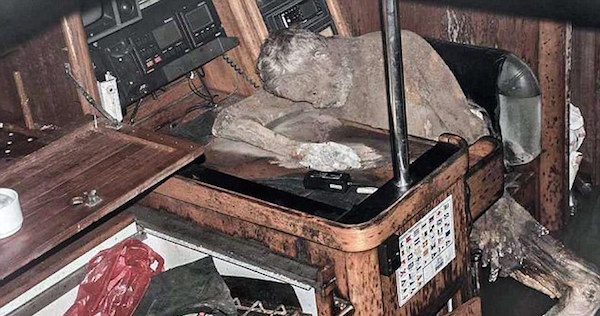 Local officials remain puzzled by the death and have yet to completely rule out foul play as some of his personal items could have been damaged by force. It is not clear how long he had been dead and for how many years his yacht had been drifting, but no reported sightings of him have been mentioned since 2009.
.
Paperwork on board identified him but the cause of death is unknown. One theory is he could have suffered a heart attack. A year before what appears to have been his last voyage in 2008 he broke up with his wife who use to venture with him. However she has since died of cancer so can shed no more light on his movements.
.
Among the items found in the yacht was a thirty two word note he wrote to his beloved wife Claudia, who died from cancer aged 53 on 2 May 2010. It read:
.
“Thirty years we’re been together on the same path. Then the power of the demons was stronger than the will to live. You’re gone. May your soul find its peace. Your Manfred”
. 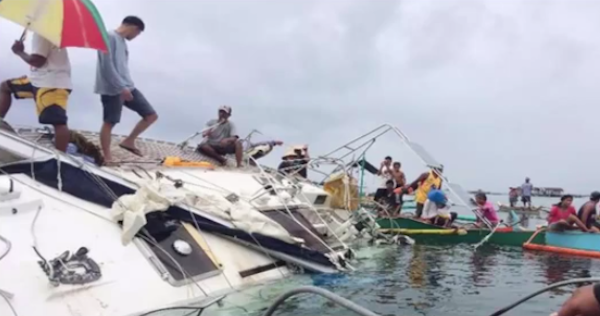 Police want to retrace his last journeys and hear from anyone who talked to him last. So far the last known sighting was in Mallorca in 2009 when he met another sailor  named Dieter who told Germany’s BILD newspaper:
.
“He was a very experienced sailor, I don’t believe he would have sailed into a storm. I believe the mast broke after Manfred was already dead.”
.
Police spokeswoman Goldie Lou Siega in the Philippines said; “We have no evidence of a second person aboard and no weapon was found on the yacht.”
.
Dr. Mark Benac a forensic criminologist in Cologne said “the way he is sitting seems to indicate that death was unexpected, perhaps from a heart attack.”
.
The German Embassy in Manila is trying to trace family in Germany. It is believed he has a daughter named Nina who is the captain of a freight vessel.
.
His body was taken to Butuan City for an autopsy where a spokesman from the Barobo police station told MailOnline that there is no evidence of ‘foul play’ saying: ‘The doctor believes that the man died of natural causes, and there is no evidence of foul play.”
.
The yacht was towed into the Port of Barobo for a police inspection.
.
VIDEO: Mummified Captain Found Sitting At Desk In Ghost Ship Adrift For Seven Years