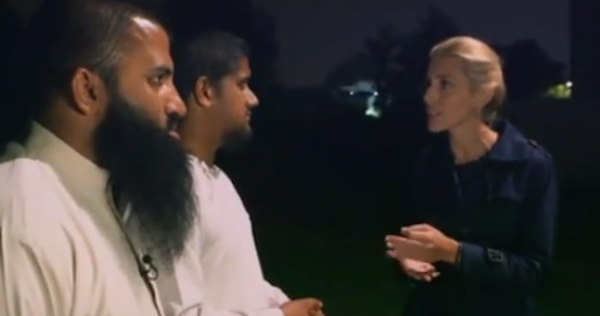 “I identify myself as Muslim. If I was born in a stable I’m not a horse. If I’m born in Nazi Germany I’m not gonna be a Nazi. I mean this is an island I was born on,” said Ramesa, a Sharia Patrol leader.

Both men live in East London which is home to one of the largest Muslim populations in the UK. In one part of town they have set up ‘Sharia Patrols’ to go out and discourage behavior that they deem un-islamic. Both men participate in these exercises which are designed to force non-Muslims to conform to Muslim Sharia ideology. An ideology that sees murder and rape as acceptable means to their religious end, and will taunt any woman not ‘covered’ to their standards with cries of:

“Get Those Prostitutes Off Our Streets”

Walking through London with Ramesa you experience an alternate reality where there is no compromise and all conversations are one-sided. He explained his objective as follows:

“Ultimately I want to see every single woman in this country covered from head to toe. I want to see the hand of the thief cuts. I want to see adulterers stoned to death. I want to see Sharia law in Europe. I wanna see in America as well. I believe our patrols are a means to an end.”

The thought of Chaudhary and his supporters taking the law into their own hands is deeply frightening to most British people. This is a group that believes the West is at war with Islam and that the invasions of Iraq and Afghanistan justify any kind of violence in response. 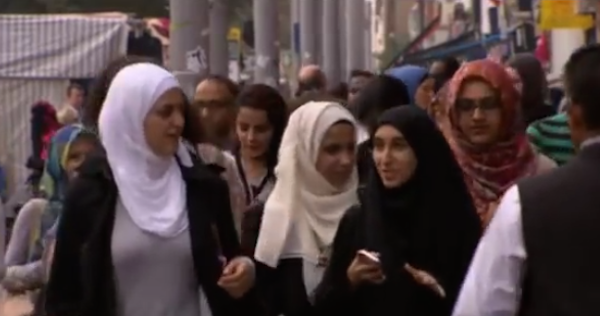 The most shocking example of that logic with the gruesome and very public murder of British soldier Lee Rigby on a London Street last year.
.
On that day the man wielding a knife was a known associate of Chaudhary. Chaudhary has refused to condemn Rigby’s murder nor will he criticized ISIS for the beheading of American journalist James Foley and other western hostages.

FROM A COMMENT:
What is ridiculous is the situation where people like Chaudhary take thousands of pounds every year of benefits from working residents of the UK, yet he openly states that he will impose Sharia law, even if it means violence against all non-believers (non-muslims), and yet…He is not deported, not arrested, AND any opposition against him and other fighting Muslims is considered a hate crime? 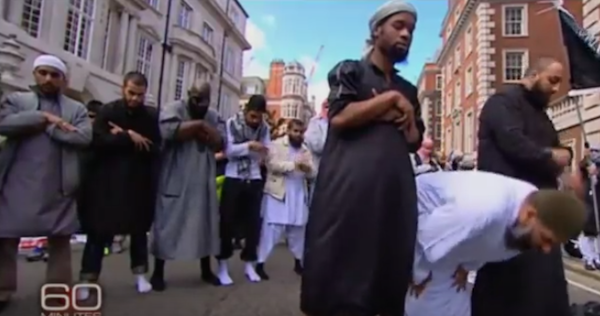 “This has to end! Immediately! People need to stop allowing savaged like this to force their beliefs on them, especially here in America where people bash Christians all the time but cry Islamaphobia when it comes to Islamist doing the exact same thing.”