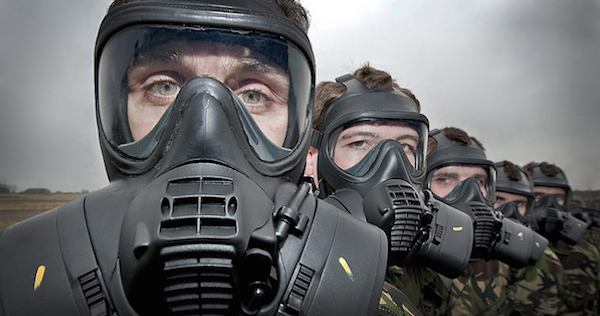 Islamic terrorists have entered into many treaties, agreements and cease fires with the rest of the world, but they have never kept their part of the bargain, not once. Yet somehow we continue to expect them to honor a conduct of war? Then we are surprised when ISIS, who burns soldiers, beheads Christians and throws homosexuals off buildings, is using chemical warfare? Who is the stupid one here?

At the conference French Prime Minister Manuel Vall, said he is convinced that there will be another “large scale attack” by ISIS on Europe.

According to Jewsnews, Clapper said ISIS has been manufacturing chemical weapons on an industrial scale, and said that the CIA has evidence of chemical weapon use by a terrorist organization for the first time since the Tokyo subway sarin gas attack in 1995.

While Clapper didn’t state the nature and the origin of the information he based his findings on, it is likely based on, among other things, samples collected by operatives of the German BND in the Kurdish region in northern Iraq back in October, which indicated the area had been bombarded with mustard gas. 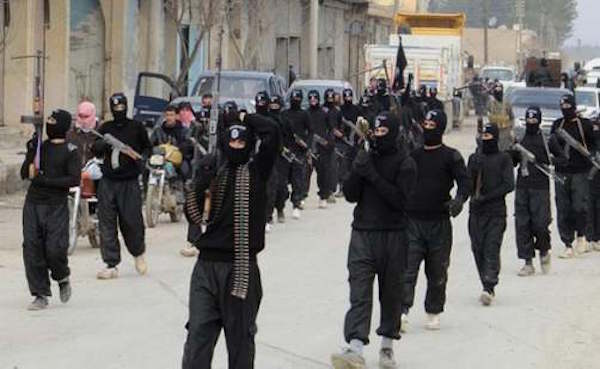 “We are under the impression that they (ISIS) would like to use chemical weapons against us (the US). This is a very worrying development,” Clapper continued.

According to ynetnews, Clapper presented his audience of high-ranking political officials and intelligence heads from around the world, with several disturbing facts: according to US intelligence, seven countries are currently in danger of collapsing because of the influence of ISIS and other terror organizations, and 59 other countries have become ‘highly unstable.’ He also said that ‘volunteers are traveling to fight in Syria and Iraq from “120 different countries.” Clapper went on to say:

“Instability And The Unexpected Are Now The new Normality.”

Robert Hannigan, head of British GCHQ, noted that “these new jihadists are educated young people who grew up in the West,” and that, “with the knowledge and training they received in Western countries, they have been able to turn ISIS into the most advanced terrorist organization the world has ever seen.”

“ISIS is constantly learning from its mistakes,” Hannigan continued, adding that “ISIS operatives use the internet not only to spread propaganda and recruit fighters, but also to carry out destructive cyber-attacks.” He then added: “They are not there yet, but they will be soon.” 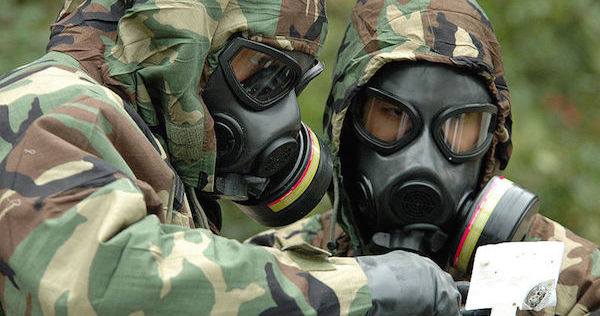 Robert Bertholee, head of Dutch intelligence, said that 320 people from his country, 70 of which were children, had joined ISIS. He went on to say: 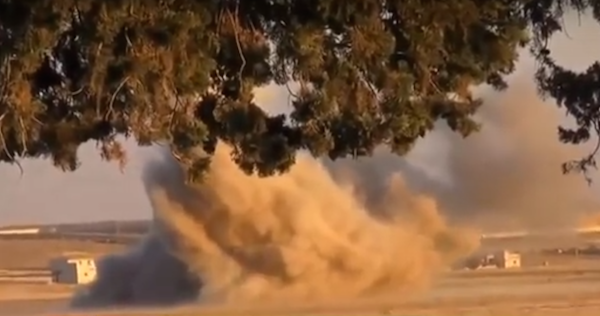 Meanwhile, According to RT News, Kurdish officials said their peshmerga forces were attacked with chemical weapons near the town of Makhmour, 40 miles southwest of Erbil. The claims were confirmed by the German military.

“These were apparently chemical weapons. What it was exactly we don’t know,” the German ministry spokesman said, adding that around 60 Kurdish fighters suffered breathing difficulties as a result of the attack.

Meanwhile, senior US officials told the Wall Street Journal that the chemical agent most likely employed in the jihadist attack in northern Iraq was mustard gas.

One of the sources said it makes “the most sense” that ISIS obtained the chemical agents in Syria, but there were also opinions that the mustard gas came from Saddam Hussein’s old stockpiles in Iraq.

US intelligence agencies are now looking into the source of the chemicals and the means by which they were delivered to the battlefield, the officials said.

Mustard gas causes painful burns and blisters that have a strong immobilizing effect on those who come into contact with it. However, the chemical has to be present in large quantities to become deadly.

However, Kurdish authorities in Iraq said that it was possibly chlorine gas that had been used against their Peshmerga forces, Reuters reported.

If it was, in fact, chlorine that Islamic State militants used, this would be considered “a very disturbing development,” Brian Levin, director of the Centre for the Study of Hate and Extremism, told RT.

“Chlorine gas in particular can be devastating. About 1 million soldiers in WWI were affected by chlorine gas and other gases and about 90,000 were killed,” he said.

“Chlorine in particular has uses in industry and in household products, so chlorine is a much more accessible type of chemical agent than some of the others that are out there, which is why they are being used,” he added.

The use of chlorine as a weapon is banned under the 1997 Chemical Weapons Convention.

When inhaled, the gas turns into hydrochloric acid in the lungs with lethal effect, as the victim drowns in the bodily fluids resulting from the burns.

Levin believes that the use of chemical weapons may well lead to a change in the international approach to Islamic State.

“[ISIS] has been a second priority for most of the actors in the region and in the West and it might be that it is going to become a first priority, particularly if the use of chemical weapons becomes more widespread. This is a red line and we are right at it,” he said.

VIDEO: Clapper Warns Of Chemical Attacks Against US And Europe